Caramel Cake (from Maya via Martha)

I love Martha Stewart recipes. I know people sometimes have trouble with them, and I think I've just gotten lucky with my picks so far, but they always seem to turn out well (with the exception of the time a coconut cake overflowed in my oven and caused a small fire, but I'm pretty sure that was my fault for assuming that I could use an 8 inch cake pan instead of a 9 inch - turns out you should pour out some of the batter if you are going to do this. The cake was still delicious though, once I got the fire put out and managed to get it baked).

I've been eyeing this recipe for caramel cake, and with a coworker's birthday this week, I finally have an excuse to try it out. It's from Maya Angelou's cookbook, and the recipe is up on Martha's site. 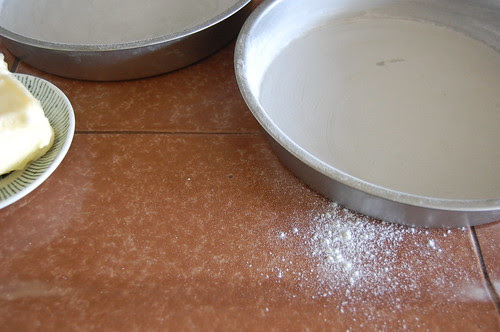 The recipe looks a little intimidating, because it has multiple parts. You first have to make the caramel syrup, which is just melted sugar added to water. I noticed that many of the reviewers commented on the thinness of the syrup, so I took one person's suggestion and melted the sugar on its own and then added just 1 cup of water. Well, my caramel syrup was still pretty much the consistency of water, but it tasted good. I think next time I'll use a more standard recipe for caramel, and add cream instead of water. 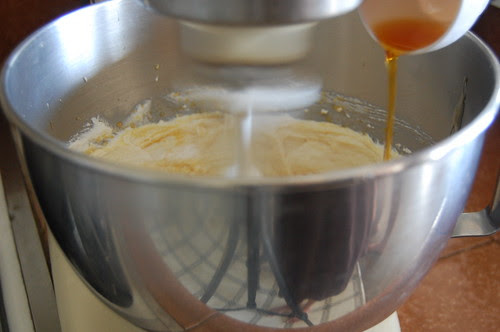 Adding the caramel "syrup" to the batter

The cake batter tasted delicious, and so did the nibbles of cake that I scraped out of the pan. I was less impressed with the frosting, which is really just a basic buttercream (powdered sugar + butter + cream). I didn't have cream, so I used 1% milk. I'm sure my frosting would have been richer with the cream, but it would probably still be a little boring. Disclaimer: I'm not a huge fan of plain buttercream. If you are, you will probably love this frosting. 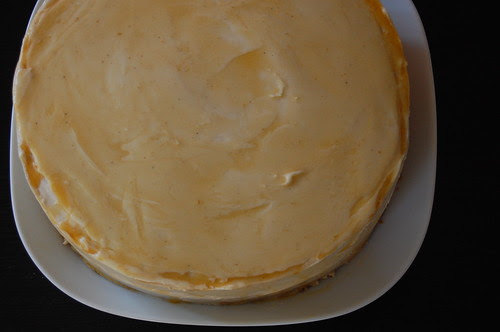 You're supposed to drizzle the caramel over the top of the cake, but my watery caramel just dripped all over it, so I ended up spreading it out instead, which was not as visually appealing. 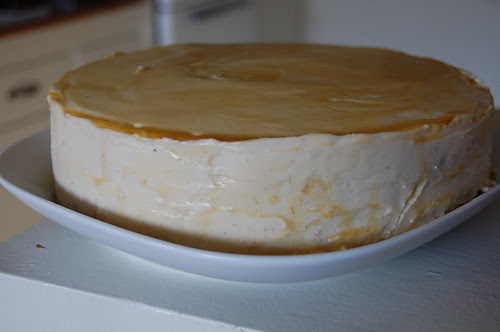 Overall I think this was a success, so I'll chalk one more up to Martha. I don't know what was up with the caramel consistency, but I ran with it and it turned out okay anyways. I just have one complaint - why does a woman who owns a media empire still have a website that drives me nuts? It's slow, the links are broken, the search feature kind of sucks. Seriously, Martha, sack up and get it fixed so that I can enjoy gawking over your domestic mastery without annoying interruptions.
Posted by Rachel at 7:00 AM