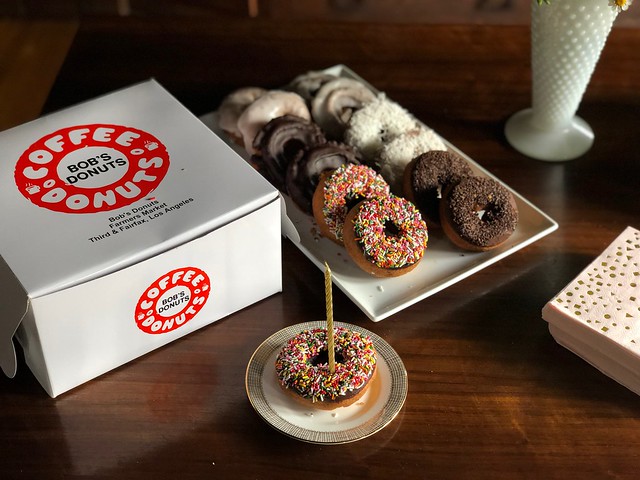 My baby is turning one this week and every single thing I can say right now is a total cliche. I marvel at her every day, I can't believe we get to do this, that she's ours. I love her little face so much that sometimes I scare myself. She is walking and has a few words (agua, mama, dada, baba - which could refer to Circe, her pacifier, or my boobs, we're having trouble figuring that one out). She is just the sweetest.

Also, I'm exhausted a lot of the time. Sleep training was a godsend for us, but we still have bumps here and there and let me tell you, it is SO much harder to recover from a couple nights of truly bad sleep when your average sleep is still not that great. I usually feed her once or twice a night which means my best case scenario these days is generally one 4 hour stretch plus a shorter stretch. And then she basically refused to sleep for a couple nights the week she took her first steps and things got dark quickly. I know I'm probably going to need to night-wean for my own sanity at some point, but it feels so hard to take that step!

We decided not to do a big birthday party for her this year (read: we waited so long to decide that we ran out of time) but we had close family over for coffee and donuts on Sunday, in honor of her favorite book Please, Mr. Panda. Also in honor of our lack of time, because this was pretty much the easiest party ever.

Did I want to run with the donut theme and make it adorable? Hell yes. Did I have time for that? Hell no. The week before I "designed" an invitation using Instagram stories and then texted it out - the whole process took up 15 minutes of her morning nap, leaving me nearly an hour to browse donut themed party items before realizing nothing was going to arrive in time anyways (okay, I did cave and order a bag of two dozen plush donuts, figuring they'd look cute and we'd get a lot of play out of them after).

We scheduled the "party" for right after her morning nap and ran out to pick up a ton of donuts (plus some bagels) first thing in the morning. I had kind of let myself believe that I might have time to make some pickled shallots and cucumbers to top the bagels but that definitely didn't happen and it was fine.

I did give in to my desires and made it pretty by putting the food on platters and using our real plates and cups instead of buying paper. It was a little more work to clean up at the end of the day, but it wasn't too bad and it made me happy. I managed to snap a couple photos right before people arrived but then failed to get any photos of the party. Luckily our guests were on it and sent us plenty of photos afterwards and I had so much fun looking through them after we put her to bed that night. 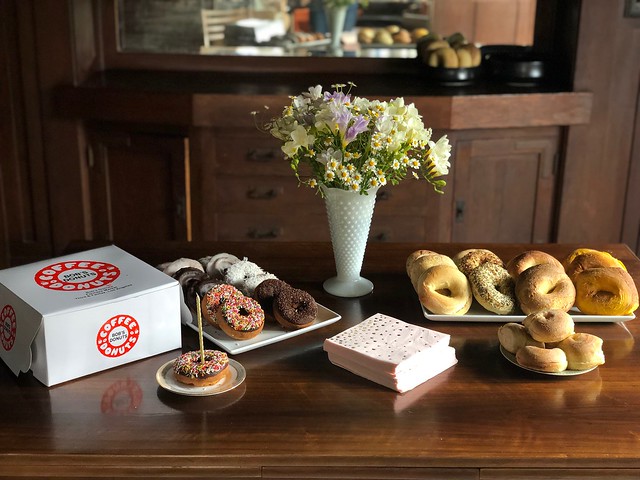 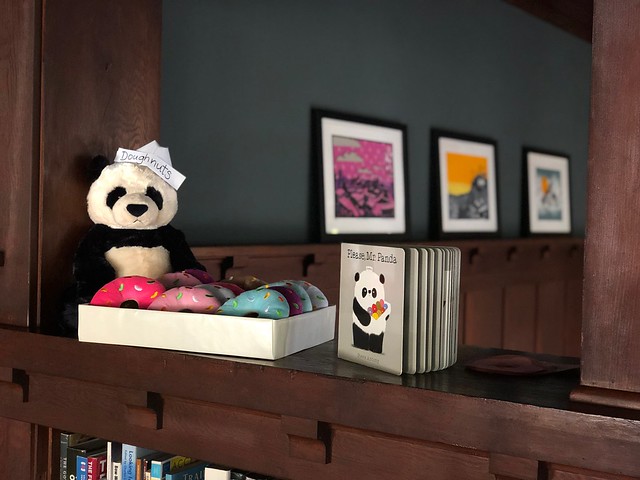 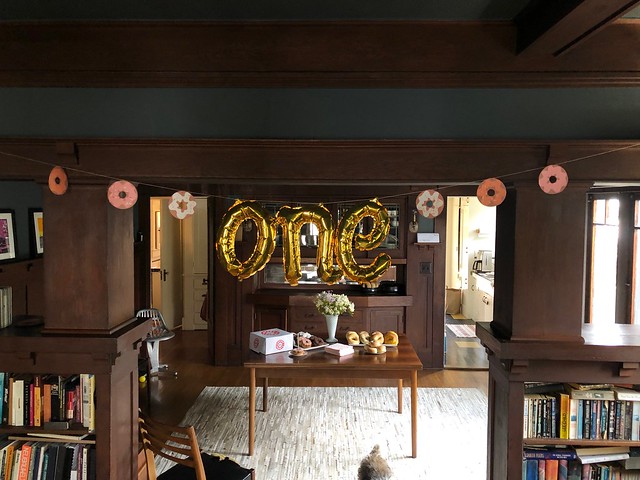 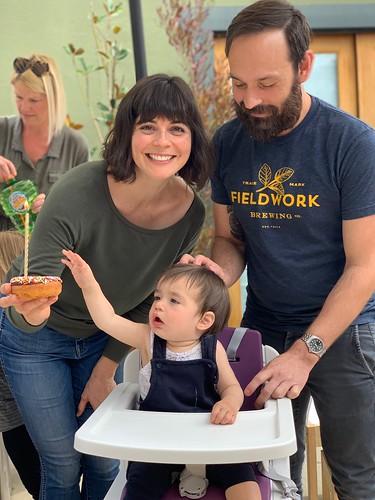 The stars aligned and Adrian took her naps exactly on schedule that day, which meant she was wide awake and happy for the whole party - we scheduled it based on her usual naptimes, but that's never a guarantee, so this was a happy surprise. We had some simple activities set up for the kids (crayons and paper and books in the living room, a small borrowed ball pit in the nursery which was a big hit, a bubble machine and sidewalk chalk in the backyard). Adrian was in her element, crawling and toddling all over the house and yard, watching the big kids and checking everything out. She got super excited when she saw the panda with plush donuts and immediately started trying to feed him. We took the easy route and skipped the birthday cake, figuring that the donuts were good enough. Adrian was very curious about the candle but was not super into the actual donut, so she only took a couple little bites. 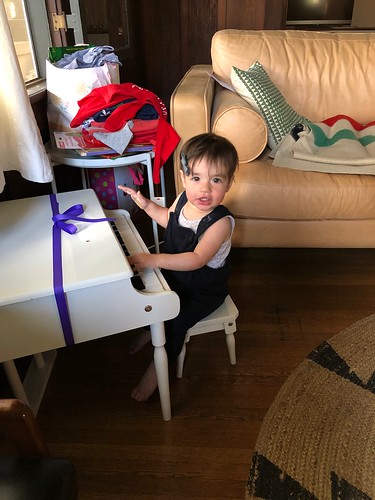 My favorite part was her big birthday gift. They have a little Schoenhut piano at daycare that she's obsessed with and I really wanted to get her one but they were way above our budget. I stalked Craiglist for months, hoping to find one used but nothing was coming up. And then three days before her party one popped up in perfect condition for $40 and I nearly cried. D had to drive 30 minutes south on a Thursday night and pick it up in a Walgreens parking lot off the 405 and I was a little afraid he'd get murdered but he didn't so it was all worth it. We were so excited to give it to her but kept reminding ourselves that baby reactions are unpredictable and she probably wouldn't be nearly as enthusiastic as we were. But when we showed it to her she totally got it and her little face lit up and she immediately sat down to start playing with it. It was the best moment of the day, feeling like we had really understood what would make her happy and had been able to give it to her. Heart bursting. We love this girl so much, and I can't wait to see what the next year brings.