or ... the post in which I apologize and eat my words.

D and I had a conversation in the car over the weekend and he mentioned that he wanted to make a boulder cake at which point, instead of asking the logical question (um, what is a boulder cake?*), I made the mistake of scoffing at him and stating you can't make a cake. Yes, I said it. I'm not proud of it. It just came out somehow. I think I meant you've never made a cake or maybe I can count on one hand the number of times I've seen you eat cake because you don't even really like it.

And so, solely to prove me wrong, he produced this ... 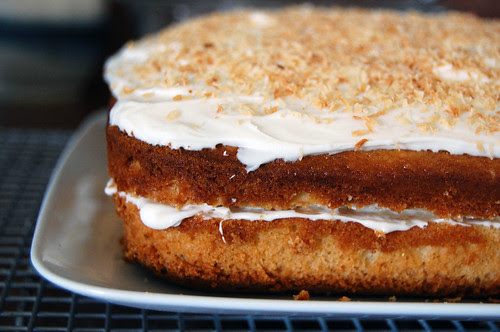 {coconut lime cake}
It's Deb's coconut lime cake, but with the added benefit of cream cheese frosting. We served it last night for an impartial jury (aka, mutual friends) and we all agreed it was amazing. Revenge is very, very sweet. 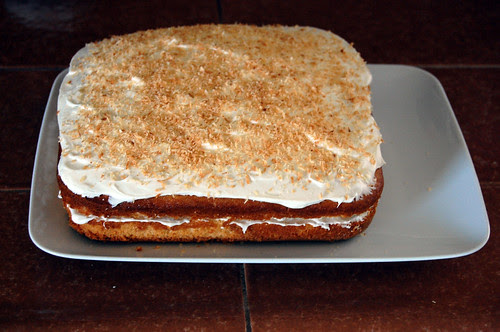 {lime coconut cake}
So, I admit I was completely wrong. I will never again tell Dustin he can't do something (unless I'm secretly hoping that he'll do it just to prove me wrong - maybe I can leverage this system to get more desserts).

*Turns out a boulder cake is exactly what it sounds like - a cake carved into the approximate shape of a boulder and decorated to look like a rock. And no, it's not a thing. Dustin just came up with it on the spur of the moment. And don't worry - it's coming, probably in the near future.
Posted by Rachel at 5:00 AM