Chewy oatmeal cookies in one bowl, no mixer required. 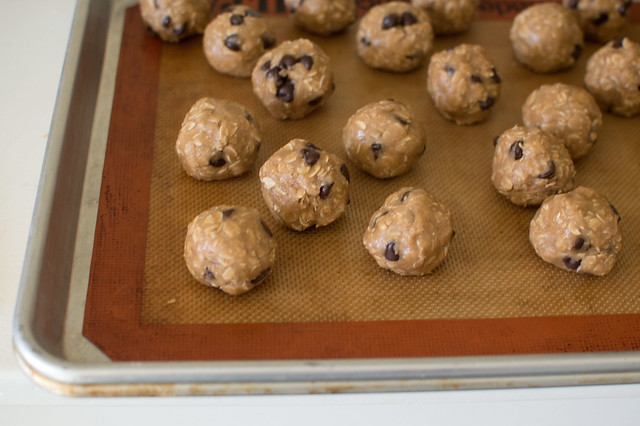 I like oatmeal cookies but they aren't my favorite so I rarely make them. But when I saw that Stella had developed a recipe, I decided to test them out. Every recipe I've tried of hers has been delicious, so I trust her implicitly. Also, we were having people over for dinner and I was a little bit short on flour, so my dessert options were limited. 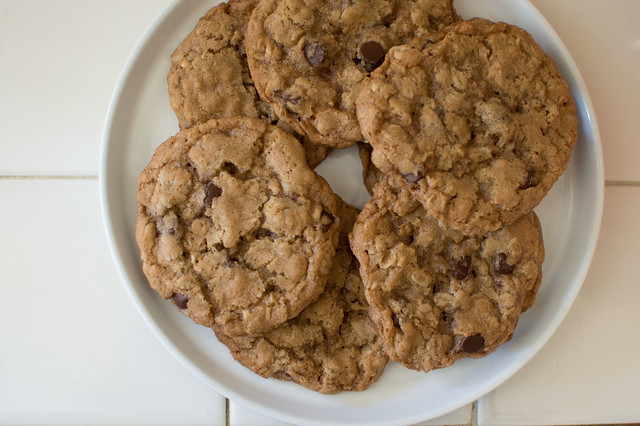 These turned out soooo well. They are chewy but still a little crisp and the flavor is perfect. I meant for D to take the leftovers in to work, but they were so good that we ended up eating almost all of them over the course of the weekend.

I followed the recipe almost exactly, except that I used chocolate chips instead of unsweetened cranberries and I made the scoops 1.5 oz instead of 1 oz. What can I say? I like big cookies.

The recipe calls for regular AP flour, and I only had unbleached, so I think they spread a bit more than they would have otherwise. Really interesting explanation of why she recommends not using unbleached flour in the comments, right here.

I am definitely looking for an excuse to make these again very soon.
Posted by Rachel at 6:07 AM