For everyone who has ever felt intimidated by all the pretty pictures of baked goods you see all over the internet - this is for you. 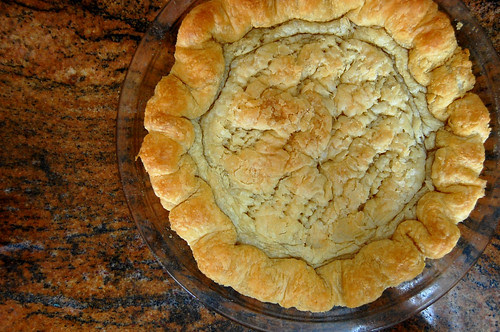 {sunken pie crust}
This pie crust looked absolutely beautiful after I fluted the edges and carefully tucked it in the freezer, but it somehow collapsed into itself during the baking bit, leaving me with a very flaky and delicious pie crust that is capable of holding 1/8 inch of filling, max.

Thinking maybe I had set the oven temperature too low, I went ahead and stuck another one in there. 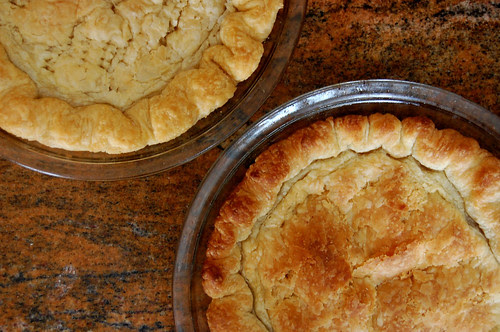 {sunken pie crusts 1 + 2}
Nope, clearly not the temperature. Decided it must be the fancy European butter I used, which is such a dream in croissants and free form tarts, but which appears to be too creamy to form a sturdy pie crust. Chalked it up to a learning experience and stuck another pie crust (sans European butter) in the oven.

Got distracted by the little terrier and ignored the timer when it went off. Only realized that it was for the oven when I smelled something burning. Third failure of the morning. Frustration sets in, much gnashing of teeth. Circe, a pie crust connoisseur, refuses to eat even the non-burned parts of the pie crust, clearly feeling it is beneath her terrier dignity. I can't blame her. 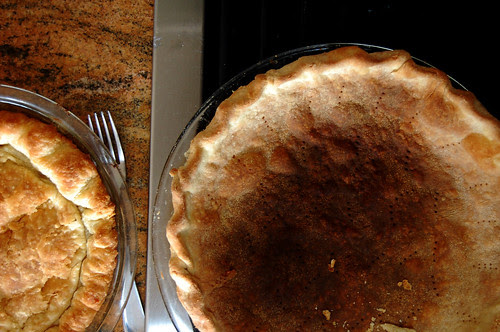 {burned pie crust}
Started to panic, thinking that a birthday pie was not going to emerge from the kitchen at all. Stuck another pie crust in the freezer to firm up and baked a lemon-yogurt cake as a back up plan. Half expected something disastrous to happen to said cake. Considered trying to find a bakery open on the 4th of July that might have a cake decorated with something other than an American flag.

By some miracle, both the cake and the fourth pie emerged unscathed. 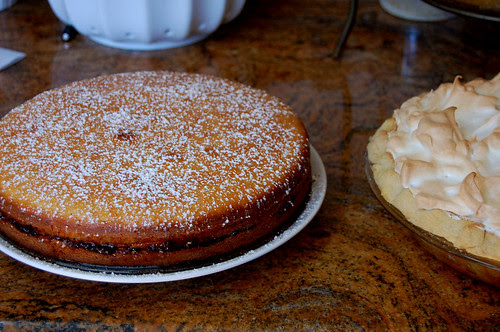 {lemon cake + lemon pie}
While they cooled, I caramelized a pile of onions with a bit of rosemary and then spread the mixture in my collapsed crusts, adding a bit of aged white cheddar to the top. Voila! An (only somewhat unsightly) onion tart. 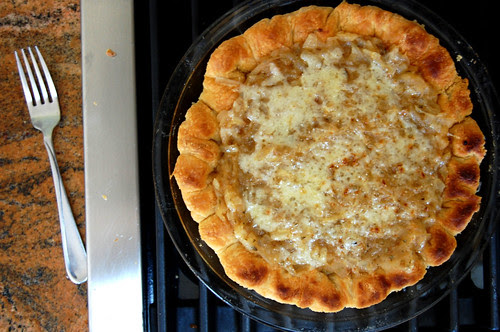 {improvised tart}
The burned crust had to be thrown away, of course. There are limits to what you can salvage.

Oh, and I also burned myself on the oven, adding to a rather spectacular array of baking induced arm scars. Some days are just like this.

P.S. - The lemon cake recipe is actually just Deb's lime yogurt cake, but with lemon juice and zest instead of lime. I didn't have blackberries to make the sauce, so I cut the cake in half once it cooled and spread a generous layer of boysenberry jam in the middle. Pretty tasty and not overly sweet - the kind of cake you could almost justify eating for breakfast. The lemon pie recipe is coming soon.
Posted by Rachel at 5:36 AM