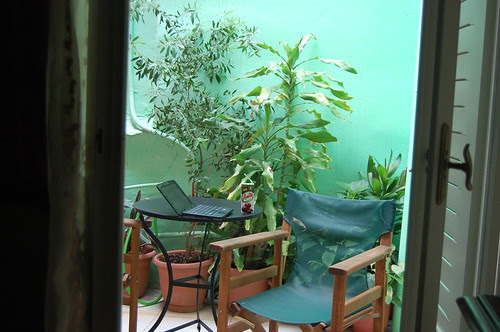 {patio}
Nice, right? If you're still trying to figure it out, here are some better clues. 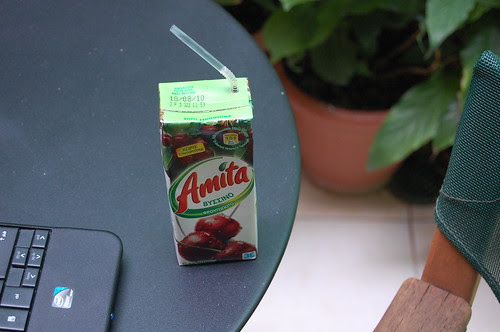 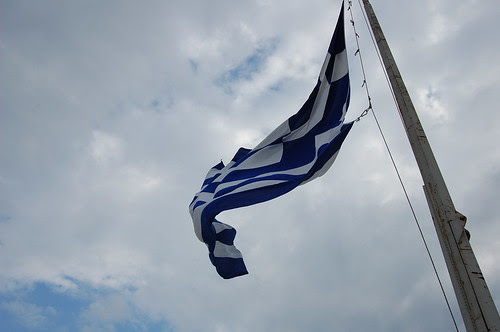 {flag, clouds}
I know, I know. It's kind of mean to even post these pictures. If it makes you feel any better, we're dragging an extremely reluctant twelve year old kid around with us, and he has already made us take him to McDonalds twice. IN GREECE. It's heresy. Besides being humiliating. We spent two days tempting him with some of the best food in the world and then finally gave in and told him that McDonalds does in fact have an outpost here. Thus ending the hunger strike. I watched him wolf down two cheeseburgers in less than two minutes and cried a little inside for all the souvlaki he's missing. But life goes on.

Internet is both sporadic and slow, so this will probably be it until I get back. But I realized I didn't tell you where I was going and that wasn't very nice of me. I'll have plenty of photos when I get back and I promise they won't all be of marble columns. Just most of them.