The poor islands got short shrift from us. They certainly don't deserve it. Greece has a plethora of islands, all lovely in their own ways. Most people who have spent some time in Greece will have a favorite island or two - personally, my knees go weak for Milos, which is stunning and usually fairly quiet. Milos is in the Cyclades, so you're looking at a 5 - 8 hour ferry ride from Athens. If you have the time, go for it. Rent a car when you get there and zip all over the small island. They have stunning beaches and white rock formations and also some old catacombs that you can crawl around in, much to my delight.

We were short on time this trip, so we opted for Aegina instead, a mere 40 minute ferry ride from the mainland. We hired a cab to drive us up to the temple of Athena and he kindly made it a bit of a tour for us, stopping at a monastery on the way down. I was wearing a dress, so I didn't enter the monastery and frankly I was a little uncomfortable even standing in front to get some pictures. Rules vary from monastery to monastery. Some won't allow women at all, some will but require various standards of dress, some will even provide cover ups. As a rule, dress modestly and bring a long skirt to wear while you walk around, to avoid any hint of disrespect. 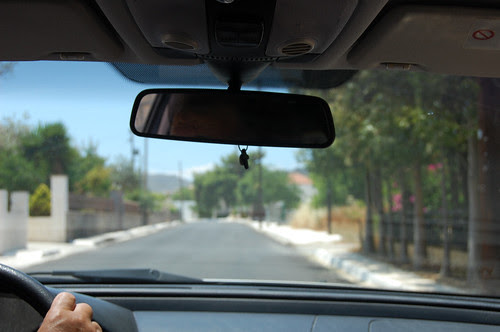 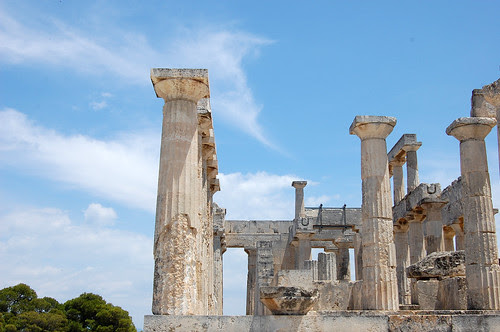 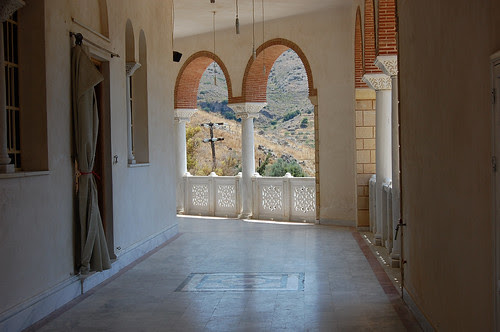 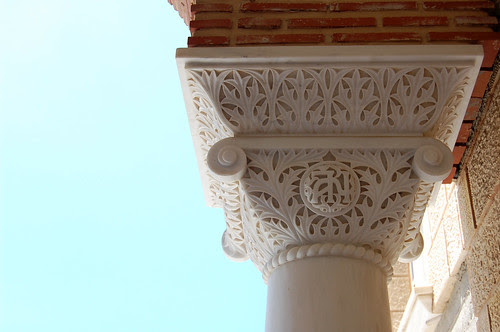 {aegina - monastery detail}
It was incredibly hot, so we stopped in a small cafe and drank frappes under a giant fig tree. 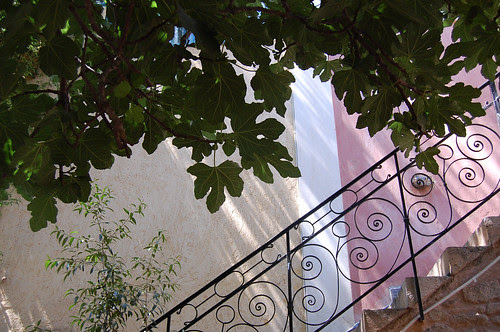 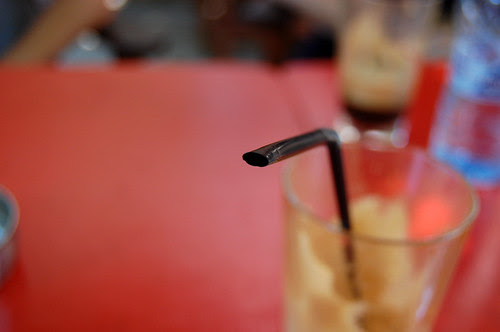 {aegina - frappe}
Frappes in Greece are a thing of joy. Nescafe (I was skeptical too, at first)  is whipped frantically with a bit of milk and then it all somehow coalesces into this foamy, icy deliciousness. During summer some cafes offer them as ice cream floats. Highly recommend.

If you make it to an island, you should probably gorge yourself on seafood. I never order seafood in Athens, even if I do happen to find a restaurant that serves it. Greece prides itself on fresh food, and you won't see many seafood options unless you are near a good port. In fact, most restaurants print disclosures on the menu, so there will be an asterisk next to some seafood options and it tells you that they were made from frozen seafood. I don't know if this is legally required or just niceness, but I appreciate it.

At a port, find the fish market (easily identifiable by the smell) and then choose a restaurant nearby. Choices will vary from island to island, but you'll generally find whole fried whitefish (very lightly battered, eat them like french fries, bones and all) and mussels saganaki, which is fresh mussels + cheese. Keep your mind open and ask the waiter to help you order and you won't be disappointed.
Posted by Rachel at 5:49 AM