D and I knew we had to arrange a side trip to Nafplio, which is only a couple hours outside Athens. It's an old port town, not ancient, but fabulous. Teeny little streets with beautiful balconies, some fun antique shops, and a fairly quiet port. 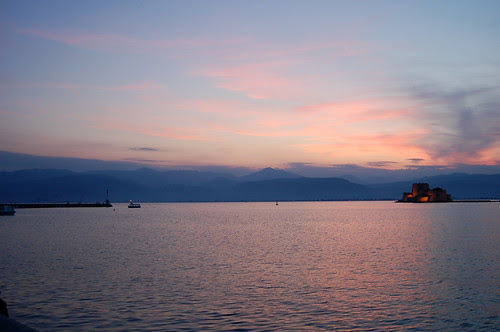 {nafplio port at sunset}
We ended up renting a car and driving. I was super nervous, because driving in Athens can be insane, so we took the metro to the airport, picked the car up there and then got right on the highway. And it was fine. 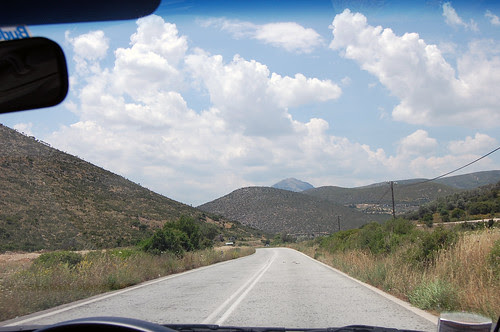 {driving, greece - not the highway}
On the smaller roads you run into some sticky passing situations. Brave drivers pass in all sorts of places that you would think impossible (i.e. blind curves, on a mountain) but we avoided this. 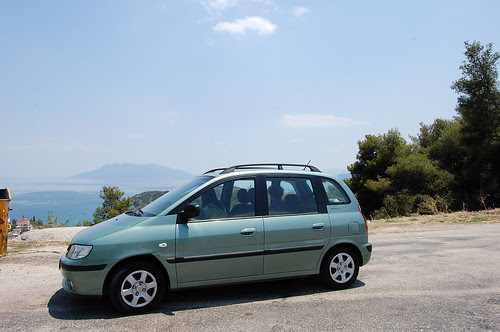 {little hyundai}
Apparently, picturesque Nafplio did not get much camera time. I was too busy relaxing. D took the family out to Mycennae, which is only 30 minutes away and is a must see if you haven't been before (I have, several times). The site is ridiculously wonderful. We all went to Epidavrus, which is as stunning as I remember and they've added a cute (if overpriced) cafe. 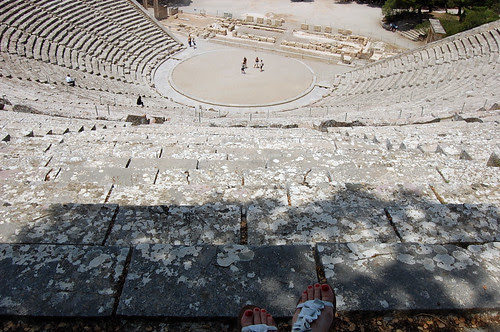 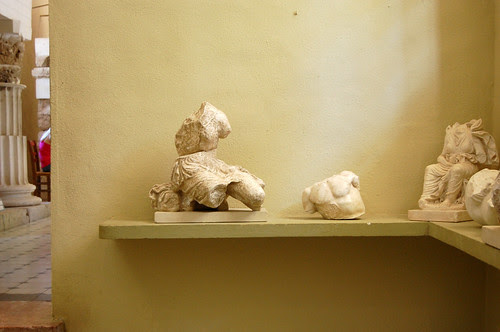 {museum at epidavrus}
We stayed at the Pension Andromeda, and it was a great (accidental) find. I have major issues with hotel duvet covers (I know, weird) and was so happy to walk in and find an actual blanket on our bed, in a totally modern bright orange shade. 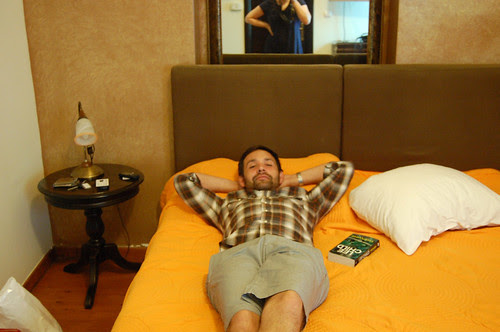 {pension andromeda - good bedspread}
The only downside was that the little guy stepped on a sea urchin and I had no idea how to handle it (after a failed attempt at pulling the spines out with my tweezers). He was super brave, even though we ended up having to take a trip to the hospital, where we were given a prescription for antibiotics and instructed to rub warm olive oil on it. Bases covered. Was sorely tempted to take photos of us in the hospital but managed to restrain myself, out of some notion of appropriateness. The foot recovered enough for him to enjoy the old fortress the next day. 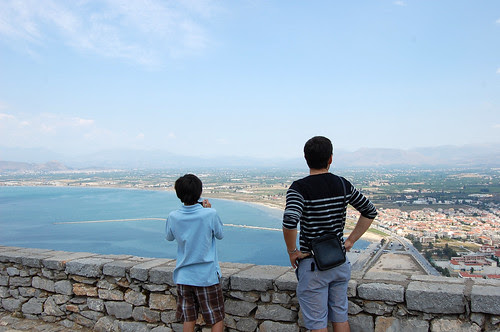 {nafplio - palamidi}
Nafplio was a lot easier on the kid, because it's small and quiet and because it was swarming with Greek children (I'm thinking they must have been on a field trip). And it has a serious fort and some amazing gelato. Hard to beat.
Posted by Rachel at 10:18 AM