This week marks the one year anniversary of Dave's bicycling accident and it leaves me feeling like a giant ball of emotions - weepy and grateful and angry and sad in turns. 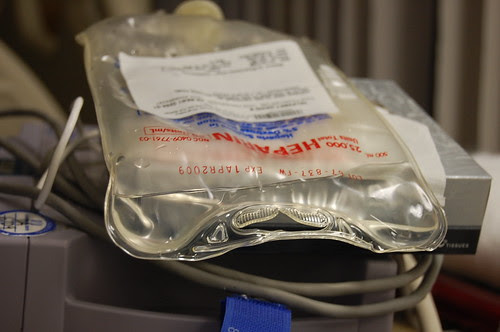 When my mom called early in the morning to tell me Dave had been in a biking accident, we were both pretty calm. He's been an experienced cyclist for years and he knows the ways of the road. He biked over 30 miles a day year round and he had all the right gear. We figured he'd had a small accident and maybe had a broken leg or arm. I went into work as usual. When she called back to tell me it was worse than they thought, and that the doctor recommended that we all get there as soon as possible, the entire world froze for a moment. I don't remember the 45 minute drive. I was shaking so much I could barely breathe.

Dave was brought into the hospital with a broken nose, missing teeth, broken ribs, a collapsed lung, a leg that was crushed and fractured in multiple places, extensive internal bleeding, and a brain injury that left him completely paralyzed on the left side for over a month. It took the doctors almost 8 hours in surgery just to stop the bleeding and stabilize him. He needed 40 units of blood during the first week alone. When they finally let us see him for the first time, he was literally unrecognizable.

Dave's first two hours in the hospital cost over $100,000. I know because we spent days attempting to organize the huge piles of medical bills and cryptic insurance statements that started flooding in. He was hospitalized for over 2 months, and we quickly lost track of the total.

We were extremely lucky - lucky that he had gifted surgeons and excellent nurses, lucky that he had worked at the same company for 30 years and had excellent health insurance that covered almost all of our costs. We were less lucky to be caught in the midst of a financial downturn, and Dave was laid off while he was still in a rehab facility, putting the health insurance into question.

Fortunately, Dave turned 65 a few months after his accident and he's now covered by Medicare. Unfortunately, my mom has several more years before she'll be eligible and she's now put in the position of being a full time caretaker, knowing that it is vital that she stay healthy enough to help Dave and also unsure of how she will get healthcare. Ironically, she's a nurse practitioner, and she's spent most of her life working to give other people the best medical care possible.

I have numerous friends who finished grad school and came out only to find they couldn't get a job, which usually means they also can't get insured (there is so much talk about young people being able to get good rates, but let me tell you, it's unbelievable how easy it is to be declared "uninsurable"). And the only thing worse than being unemployed is being unemployed and walking around knowing that one random accident could land you in debt for the rest of your life. Start asking around and you'll probably find out that you know people in this position.

During those first awful hours, when we sat in the waiting room of the surgical ICU, holding our breath every time the doors opened, there was another family sitting across from us. The father had been brought in after a heart attack and needed a triple bypass but he'd recently been laid off and the family had no health insurance - they would have to pay out of pocket. We watched their faces, stunned into immobility as they realized what an impossible position they were in. No one should have to feel so hopeless, ever.

I don't know what the answer is to all of this. I've received treatment in countries with socialized health care and I'm not going to pretend that it's all sunshine and rainbows, all the time. Healthcare is by nature complicated and expensive. It is going to take more than one bill. It could take generations to iron out a working system that ensures health care for everyone. But doesn't that make it even more important to start immediately?

House debate on the healthcare bill will start this week, and the senate is expected to follow soon. As a small act, in celebration of this year that our family didn't know we would have, I'm writing a letter to my senators and representatives, encouraging them to vote for a bill that includes a strong public option, and also signing this letter to Harry Reid and sending this one to Diane Feinstein. A letter doesn't need to be complicated and formal. You can write from the heart and share your experiences. Just make sure to spell check. (Need to look up your elected officials and their contact info? Enter your zipcode in the box on congress.org for a complete list.)

I'm taking a mini blogging break for the rest of the week, to give myself a chance to reflect and re-group. I'll be back on Friday, because I think flowers are definitely called for this week. And to all of you readers who have left sweet comments, and sent kind emails over the last year, I can't tell you how much it is appreciated. Really and truly.
Posted by Rachel at 5:42 AM