We made a couple of indulgent purchases for ourselves right before the baby arrived, since we figured that we'd be spending more time at home for the foreseeable future. We stepped things up in two specific categories, both of which directly related to being new parents: 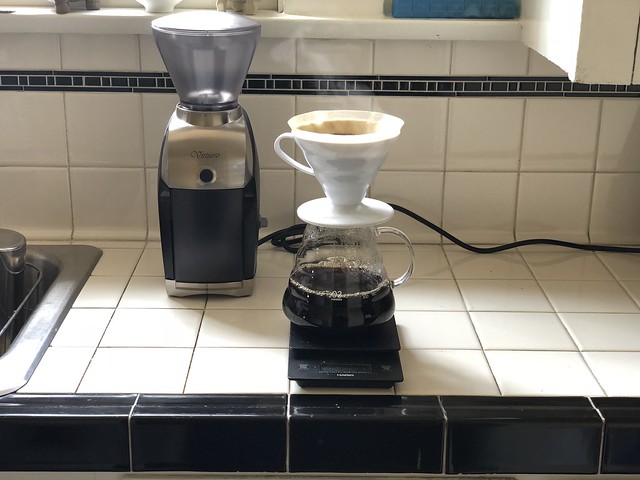 Caffeine - we'd been using a 20 year old coffee grinder that we inherited from my parents over a decade ago. It had finally gotten to the point where it needed to be held together while in use, because otherwise it popped apart and spewed coffee everywhere. It took us six months of debate to finally pull the trigger on a really nice (and very expensive) coffee grinder (the Baratza Virtuoso), but I have no regrets. Our coffee tastes better, the grinding is quieter, and it's much easier to use and clean. We've been putting it through its paces since we went on parental leave and I'm keeping my fingers crossed that we get many years of use out of it. 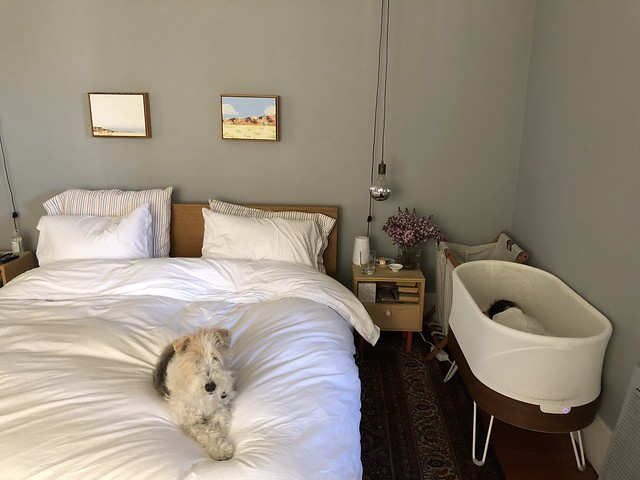 "Sleep" (it's probably more accurate just to say "bed" since these days we spend a whole lot of time in bed but NOT sleeping) - when it comes to sheets I like having just one really nice set that we use every day (plus a set of flannel sheets that we'll use if it gets really cold in the winter). It takes up less storage space, and I don't mind just washing them every Sunday and putting them straight back on the bed (no folding!). I'm a little crazy about sheets and I tend to read a million reviews before purchasing. I want to feel like I'm sleeping in a hotel, and I want them to be crisp and heavy, nothing sateen. I splurged on a set of Parachute's percale bedding a little over two years ago, and we really liked the sheets. They had a good texture and held up well to daily use, but two weeks before the baby was born they finally gave in and the fitted sheet ripped right through. I considered just repurchasing the same ones, but decided to give Matteo a try instead. They have a showroom in Los Angeles, so we made a trip over there to check the sheets out in person before committing. We ended up getting lucky and we were able to find the exact bedding I wanted in the showroom, which meant we got 50% off (and I think there was some additional discount? I was extremely pregnant and not super aware of the math, but it ended up being so much cheaper than I expected). If you love heavy hotel bedding, I highly recommend Matteo's Nap line. I can't speak to their longevity yet but they are thicker than the Parachute fabric and I'm sure they'll last at least as long. And yes, we did discuss how insane it was to purchase new white bedding with a dog and a baby, but I really, really love a stark white bed and we decided to just go with it and see how bad it got. A few weeks in and we're doing fine, although I have stepped up the washing to twice a week for the time being (this is definitely necessary because we're in bed at least 14 hours per day, it feels like, and I've given up and now eat some meals in bed too). I have to say that having really great bedding makes the long, sleepless nights and the bleary eyed breastfeeding sessions feel much better.

And yes, that is the SNOO next to our bed, and yes, I will definitely be posting a review once I have a better sense of how it's working for us. Technically, this is our biggest indulgent purchase (although we got it on a big holiday sale and I have high hopes that we can sell it once she outgrows it). We've been using it since we brought her home and I *think* that it helps her sleep longer, but at this point we're all still adjusting to life and every single day is different, so it's hard to really say how big a difference it makes. But I'll update! I know I scoured the internet for reviews when I was trying to decide if we should purchase.

P.S. NOT a splurge but the accidental best purchase we made is this lightweight Gladom side table from Ikea - it's super simple, looks decent, weighs almost nothing and you can pull the top off and use it as a tray (which I do if I'm sitting on the larger couch). We got one for the nursery and one week after Adrian was born we realized it was so indispensable that we ordered a second. They are both in constant use, and we move them all over the house. I never start a nursing session without one. 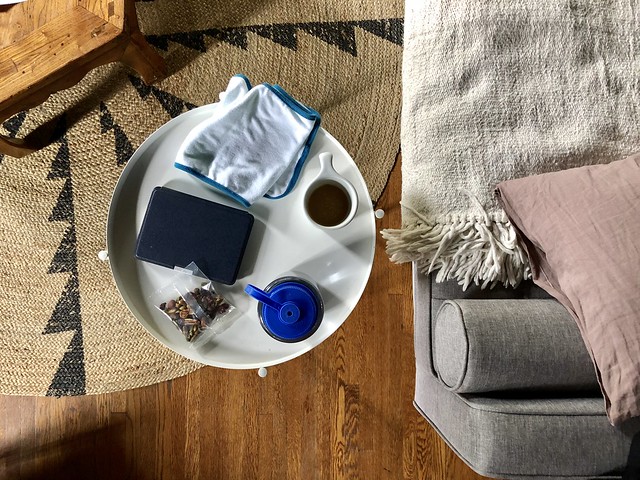 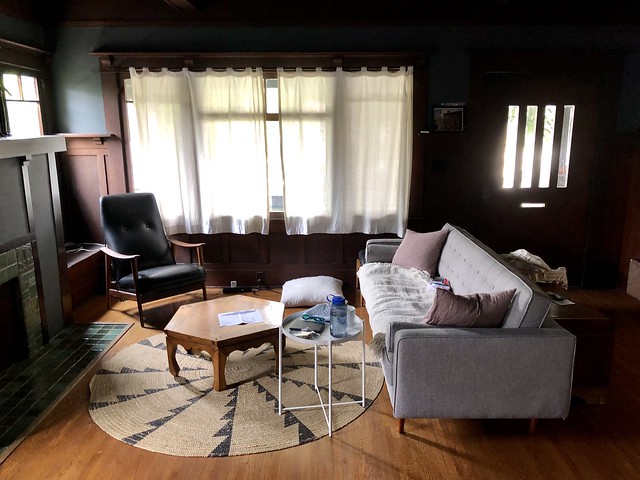 P.P.S. - It hurts my heart a little to have all these cell phone photos on the blog and this morning I alllllmost broke down and got out my real camera because I miss having real pictures, but the process for getting actual photos up is so much longer (my phone uploads directly to Flickr for me whereas getting photos off the DSLR is a four step process that requires loading Photoshop on my ancient computer). Perfect is the enemy of good, right?
Posted by Rachel at 11:18 AM