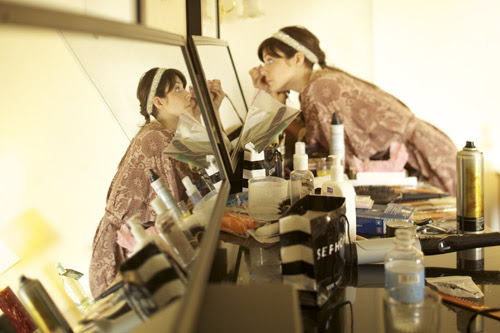 {getting ready - photo by melissa of happy confetti photography}

I did my own hair and make up for the wedding, mostly because I was too lazy to figure out any other arrangement (I don't live near my wedding venue, so I couldn't just enlist my regular hairdresser) and partially because I was too cheap to want to pay for it.

If you don't own any make up, I think it probably works out to be cheaper for you to get it done. If I had bought everything fresh it would have cost waaaaay more than paying for the service. Instead, I just used my own modest stash with some very minimal additions.

My secret weapon was samples. I went to Sephora and Nordstrom and asked for samples of primer and foundation (neither of which I normally wear, so it didn't seem to make sense to buy them). They'll give you little pots of samples that last for quite a few applications.

So I basically spent $10 on my make up. I did re-up my Benetint at Sephora, because I was almost out and I felt bad about making the salesgirl give me all those samples. But I would have done that without the wedding, so I'm not counting it.

Using your own products has a triple advantage - it's cheap, it's easy (other than the false lashes, which had me a little stressed - I would recommend practicing in advance or putting them on way early in the morning before crunch time) and you know you'll look like yourself. 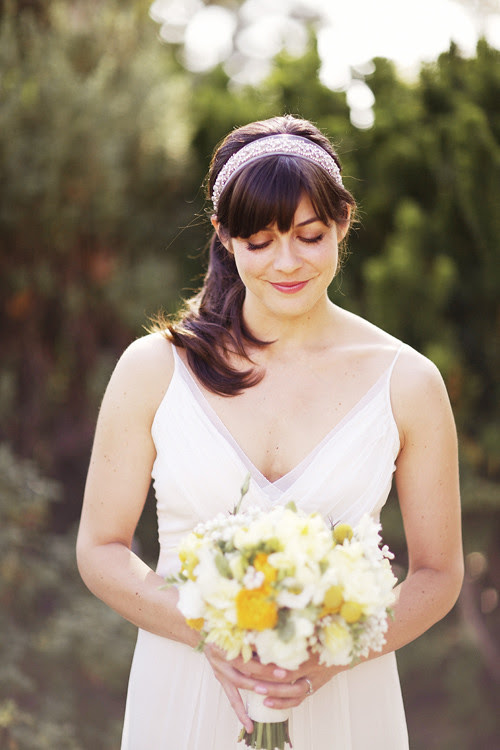 I don't think my hair was quite as successful. I dithered between down and up and finally decided on a low side ponytail. I had my hair blown out on Friday morning ($35 + $10 tip at Dry Bar) so I wouldn't have to deal with it on Saturday. But I'm not great at doing hair. I wanted it a little looser and with more volume but I couldn't make that happen and I ran out of time to keep fussing with it. It was perfectly fine, just not magical. I still don't know that I would have paid to have it done, because that always seems like a crapshoot as well, if you don't have your usual stylist. At least I didn't look like I was going to prom.

I had planned on having a full two hours to get ready, which is an insane amount of time, for me. But it was lucky because we ended up behind schedule so we actually had less than an hour. I had a few of my close girl friends with me and we drank mimosas and made ourselves up, and everyone helped each other out as needed. It made me wish we'd had more time to luxuriate in it all. That's really what you need for a wedding - a 40 hour day so that you can do everything you want to do, slooooowly. Someone get on that.