I realize it isn't very polite to write an incredibly long post, solicit your input, and then fail to follow up on it at all.

The suit search continued for another month, I think, before it was successfully resolved. And by successfully resolved, I mean we KILLED IT. We got the suit of glory for less than any of the other contenders would have cost. It involved the Barney's sale and a little bit of dodgy behavior*. 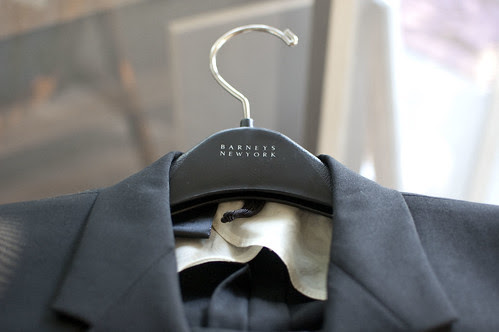 It's an N. Hoolywood suit, a Japanese design, and it's gorgeous. The tailor took up the hem on the pants and that was it. $10. Done. It clocked in at under $600, which is an excellent price for any suit, much less this one. I sometimes come home and catch D trying on the jacket, for no reason. 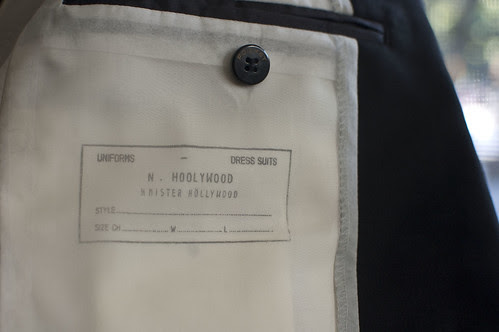 I love the detailing. You'll have to wait to see the fit until after the wedding. 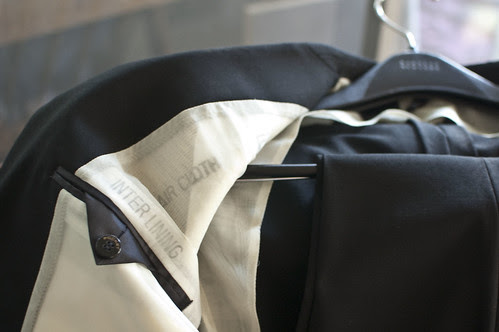 I won't bore you with the subsequent dress shirt saga, but mostly because I had exhausted my shopping reserves by this point and D was left to forge on alone. I also abstained from the little brother suit shopping experience, which was thankfully resolved somewhat more quickly.

Oh, and I do have a dress. The story is just way less interesting. I looked online, I made an appointment, I tried on 5 dresses, I bought one. I only had to put an hour of time on the parking meter. It was awesome. It's being hemmed at this very moment, and that was all it needed.

*The longer version - after trying the suit on in Opening Ceremony, D obsessively googled N. Hoolywood, discovered that Barney's does carry some of their line and that the sale was going on. We found the suit (40% off!) but they didn't have the right size. Luckily the NYC store did have it, and they mailed it. We waited a week, praying that the size would be right (the Japanese-US size conversion is a little weird, so we weren't completely sure). It was perfect. And then two weeks later the suit went on double discount, and we started agonizing. Is it worth it to return it and risk losing it forever? It was a very existential dilemma, but we are cheap. So we returned it and purchased it again, which is technically against the rules, but we figured the worst they could do was ban us for life, which would actually be a benefit to our bank accounts. The return-rebuy attack was extremely well coordinated. We entered and left at separate times, communicating by text only. I purchased a diversionary shirt (also, that lip gloss) which I later decided not to return, so there was a slight cost. But we won!
Posted by Rachel at 5:43 AM