Back when I thought I was going to make an entire buffet of cakes for our wedding* I realized I should probably test out some chocolate cake recipes. Chocolate is sort of meh for me, so I don't have a giant stash of tried and true recipes. But I'm pretty sure that if you attempted to pass off a chocolate-free dessert buffet to my family, rioting would occur. So I tried. 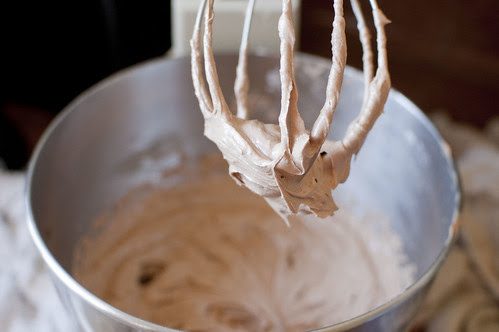 I made this double chocolate cake, but used this milk chocolate frosting recipe. I'm a sucker for buttercreams with cooked bases. They tend to have a lighter texture and a little less sweetness than a simpler one bowl buttercream. 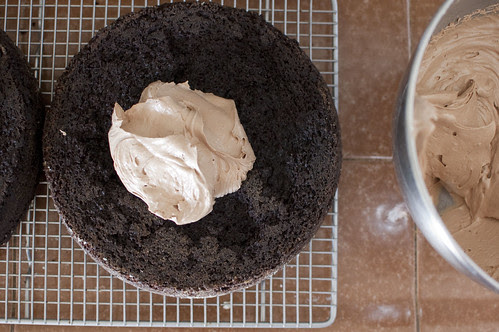 The cake was awesomely good. Really. I ate the batter, straight out of the bowl. I ate the scraps of cake that got stuck to the pan when I impatiently tried to remove the cake before it fully cooled. I ate the cupcakes I made with the extra batter. The frosting was good too, but I'd have been happy to eat that cake plain, chocolate lover or not. I'm stashing this one away, for sure.


* The cake buffet was a cherished idea of mine. I love baking, I love making cakes. But we invited 200 people to our wedding. That's a lot of potential cakes. And then I started thinking about where I would store them and how I would transport them, and how much I will probably just want to be sitting on the patio with our friends in the week before the wedding, drinking moscow mules and not frantically frosting cakes. It became a no brainer. We're still having a cake buffet (details to follow, when I have my act together) but I will not be baking any of it. Except maybe some cookies. That wouldn't be too crazy, right? Right?
Posted by Rachel at 5:29 AM