Over the weekend I sewed a better version. The wonky one will now be our backup. 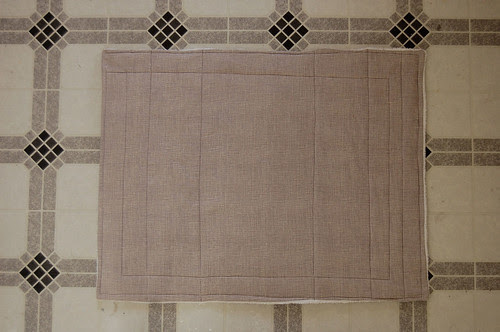 * (Almost) straight edges! I laid the towel and the sheet on top of each other on my largest cutting mat (right sides facing IN) and smoothed them out flat. Then I laid a smaller cutting mat on top and traced around it with washable fabric marker. Then I pinned it. I usually avoid pinning, but I learned my lesson last time. It is very difficult to get nice straight lines when sewing bulky fabric if you don't pin.

*More absorbent - I sandwiched an extra layer of towel in between the front and back for a plusher feel. I just cut it a smidge smaller than the outer layers and slipped it inside before sewing the quilting.

*Nicer quilting effect - I didn't freehand it this time. I used a ruler, drew some straight lines in random places and then sewed along the markings. Apparently I remain incapable of sewing a straight line without a visual aid. 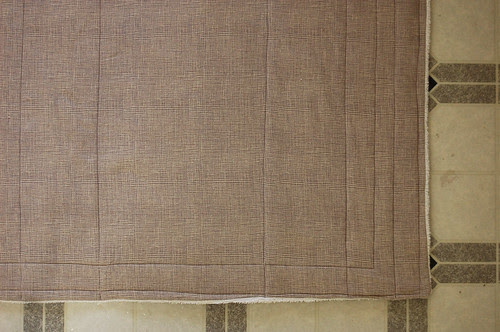