I figured I better get a small round up done before the holidays hit and things get busy. I'll try to get one in before the end of the year as well, since I usually manage to get a decent amount of reading done in December. 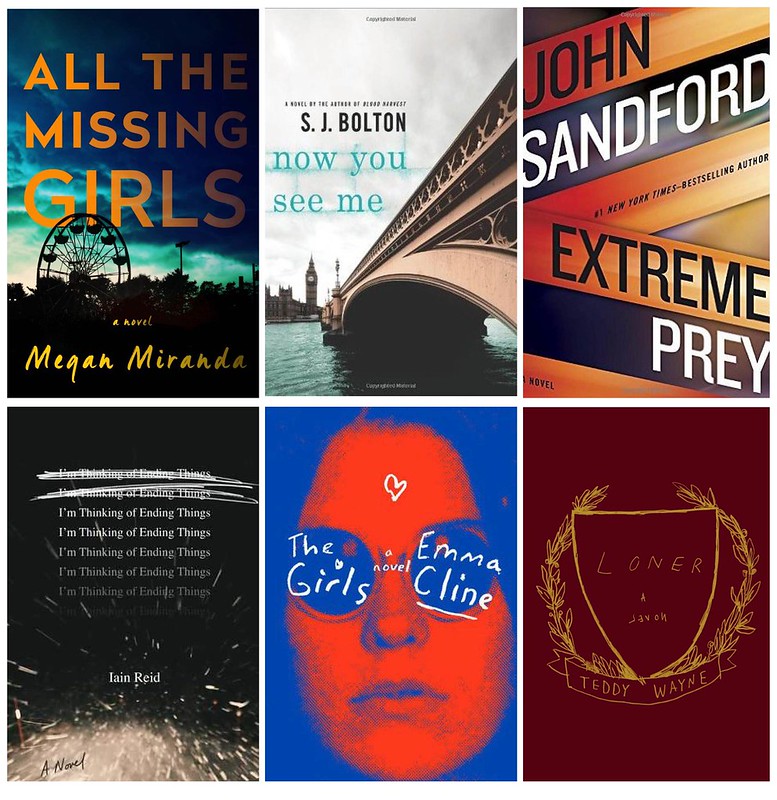 All the Missing Girls - This thriller has a bit of a gimmicky structure, with the narration starting two weeks after the disappearance of a girl in a small town and then working backwards. I was a little annoyed at first because I kept getting confused by who knew what and when, but it started to make sense as the book progressed. I ended up enjoying it.

Now You See Me - The first in a series about a female detective in London. The premise is a bit gory, but the twists were good and towards the end I didn't want to put it down. If you like the Maeve Kerrigan series, or the Inspector Lynley series (before it went a bit off the rails), then I think you'll like this. I have to see if I can get on the waitlist for the rest.

Extreme Prey - I've never read John Sanford, so I dove right into the middle of the Lucas Davenport series, on the advice of a reader. I didn't feel lost, so I think each book probably stands alone just fine. This really reminded me of the Jack Reacher series (large, testosterone filled protagonist, strange conspiracies, detailed descriptions of weapons). Of course, I love that series, so this totally worked for me. If you're a Lee Child fan, check it out.

The Girls - My well read friend recommended this book ages ago, and I finally got it from the library. It's fiction, based on the Manson family murders. Loosely, I assume, but I know basically nothing about the Manson family other than the bits and pieces I've somehow picked up just from existing. The book was good, really evocative of the time and place. Story is creepy and draws you right in. I felt like it had some gaps in it because the entire story takes place in a really short period of time and the relationship the protagonist develops with the cult, and then the eventual breakdown, felt a little too rapid to be believable (but maybe that's accurate?).  But I can think of at least three friends that I could confidently recommend this book to, so that's a good sign.

I'm Thinking of Ending Things - For the first third of this book I just wasn't getting the hype because it felt very, very slow. But then it gradually starts getting creepier and creepier and ends up feeling incredibly tense and stressful. Full disclosure - I guessed the twist a little early so I didn't love the book as much as others have.

Loner - I was disturbed by this book, as I assume you're meant to be. A nerdy kid gets into Harvard and becomes fixated on a girl who lives in his dorm. I wasn't sure who I was supposed to empathize with in this book, but it is certainly not the narrator, who gets weirder as the story progresses. I didn't really love this overall, although it's pretty absorbing.
Posted by Rachel at 6:21 AM