I was attending a conference in Houston last week and neither D nor I have ever been to Texas, so he decided to meet me there so we could tack on a little vacation. The weather was a bit of a shock, since it was the same temperature as LA, but a million times more humid. I just don't know how you guys who live in humid climates survive. I mean, my skin loved it, but I was basically a ball of sweat for the entire trip, despite showering three times a day. But we had so much fun! We decided to drive to Austin as well and we solicited recs from friends who knew the cities (thanks, guys!) and then I did some of my own research (my method is a strange combination of zooming in really close on Google maps and then Yelping anything that sounds remotely interesting based on the business name - it sounds weird but I swear I strike gold a lot). We had from Friday evening to Monday evening and we packed in as much as we could while still trying to keep it relaxed. We basically ate our way through two cities and it might be a while before we recover. Four days of being a tourist in no way qualifies me to give advice, but I'm going to share what we loved anyways, for posterity. I was going to do one long post but it got completely out of hand, so I'm splitting it into two and I'll share Houston today and Austin next week. 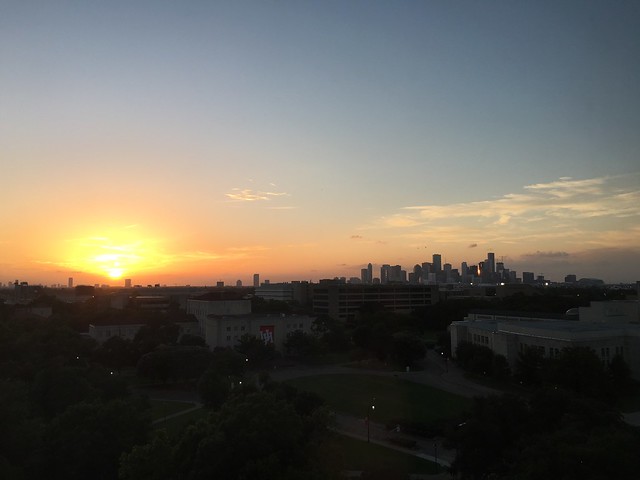 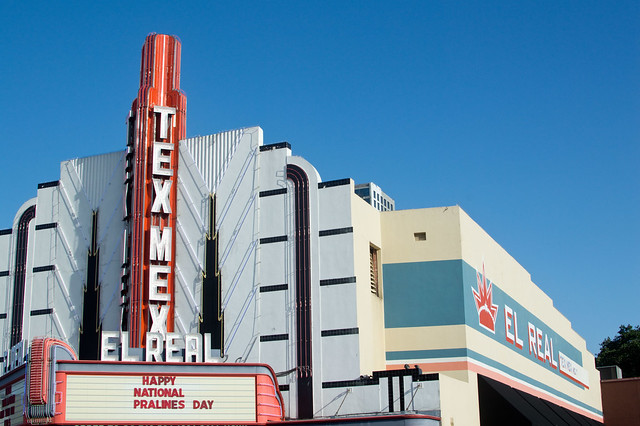 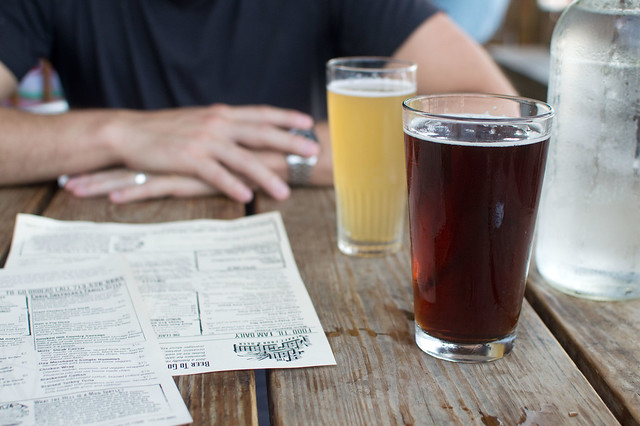 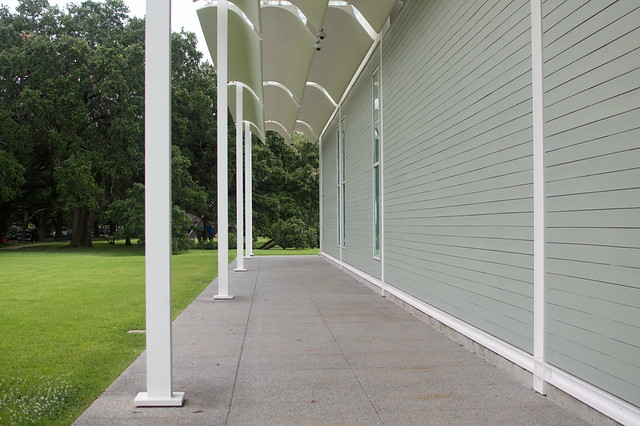 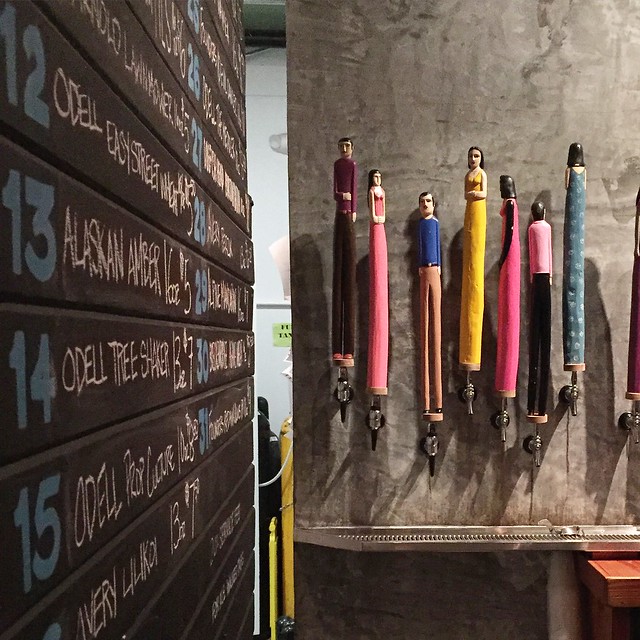 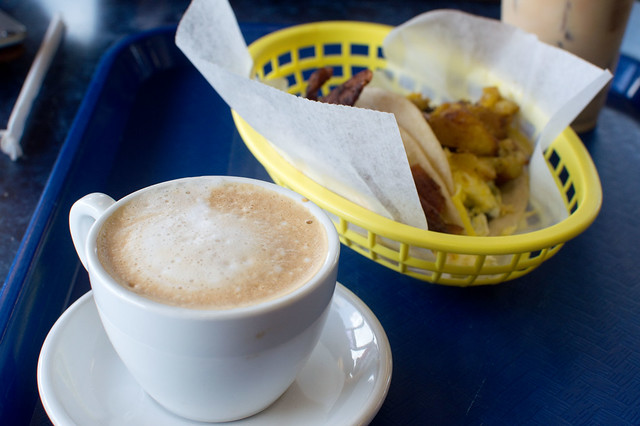 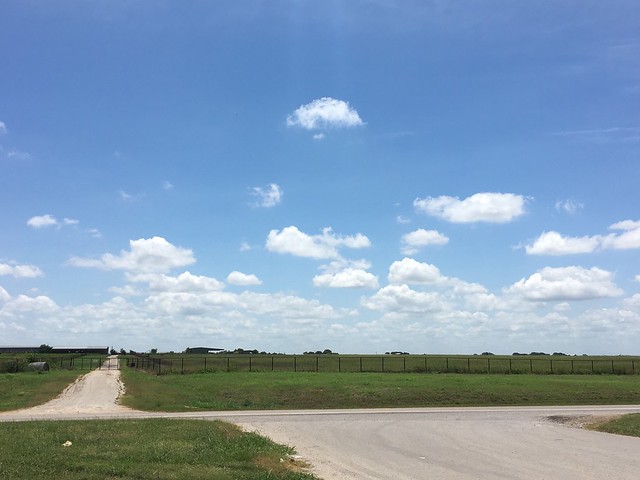 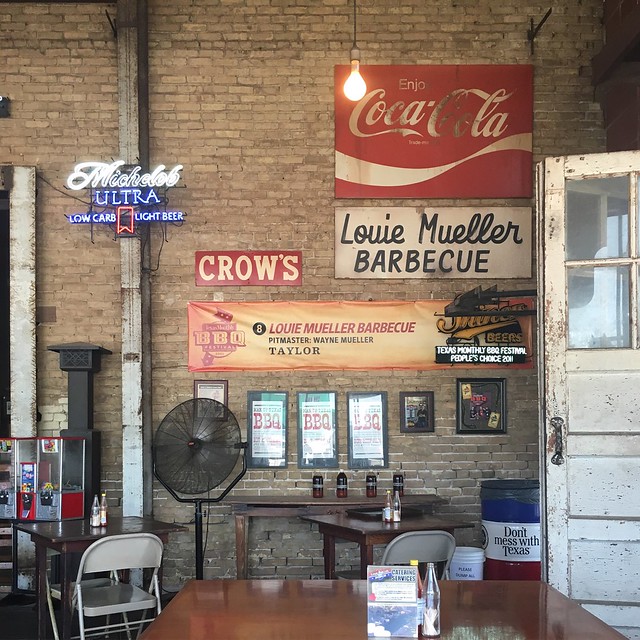 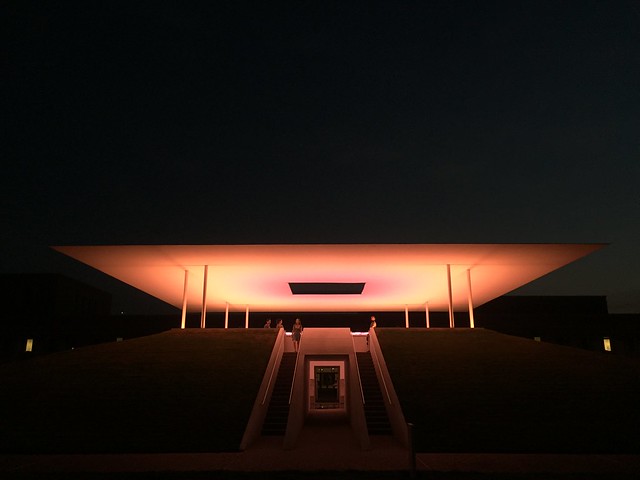 Getting around:
We rented a car (booked through Spirit Airlines with D's flight) and it was practically free at $10/day and the best choice for this trip. Both Houston and Austin are driving cities, probably because it's so hot. There was abundant parking almost everywhere, which was a major shock coming from LA. It took us a day to understand that pretty much everywhere was going to have a free parking lot and we didn't need to jump on the first street spot we found. We did take advantage of Uber/Lyft in Houston in the evenings so that we could both drink. Austin doesn't have Uber/Lyft, so we planned our drinking more carefully (i.e. having just one drink then walking/shopping/exploring for a few hours) and we walked a lot more in the evenings and chose places to stay that had restaurants/bars within walking distance. Typing this all out makes me feel like we plan our vacations around drinking, but I swear we did lots of other things too!

Where we stayed:
I had a hard time finding hotels in Houston. We wanted to stay near Montrose but couldn't find anything we could afford other than the Modern B&B which looked sketchy to me online (note - our friend who is in Houston a lot for work later told us that Modern B&B is quirky but very clean and actually a great choice, so I'm very sorry we didn't try it out). We ended up at the Hilton on UH campus on Friday night and it was actually pretty great and still close enough to everything that we could Uber cheaply. It's part of their hospitality school, so it's student run but everything was perfect while we were there. On Monday night we stayed at the Best Western Plus near downtown and it was decent but not as nice (and more expensive, oddly!).

Things we enjoyed in Houston:

Pretty crazy Friday night scene at Axelrad, which we stumbled upon randomly while driving past it earlier in the day and admiring their neon sign - it's a bar in a converted house, but when you walk out the back door with your drink there is an enormous yard with hammocks and picnic tables and live music. There is a pizza place and a food truck, but next time I would eat before I got there because the pizza was just okay and there is a lot of food to choose from in Houston.

Delicious breakfast tacos at Laredo Taqueria, where there was a bit of a line (20 minutes, maybe?) but it is 100% worth it once you get a bite of their flour tortillas.

A little bit of window shopping on Washington Ave at Reserve Supply Company and some drooling as we walked past Catalina Coffee.

Super casual late night drinks at West Alabama Icehouse with a friend who was in town. They had a great selection of bottled beer and a huge dog-friendly patio that made me miss Circe even more.

A tasting flight at The Ginger Man, which has a beer menu so extensive it will make your eyes cross.

The Menil Collection and the Rothko Chapel, duh. I feel evil admitting it, but I did not love the Rothko Chapel. I think maybe my brain is broken, but it just felt oppressive to me. Still, everyone else loves it and I'm glad we stopped in. The Menil is absolutely gorgeous, of course.

On our last night in Houston we spent the sunset at the James Turrell "Twilight Epiphany"skyspace on the Rice campus and it was pretty magical (free, but reservations are "required" - we reserved but no one was checking so I'm not sure if they ever enforce it).

Driving between Houston and Austin was fun and there was a lot of great scenery. The drive took about 2.5 - 3 hours. On the way to Austin on Saturday we basically shot straight through with a quick stop in Brenham for Blue Bell Creamery shakes from Must Be Heaven, but on our way back on Monday we detoured so that we could hit up Louie Mueller BBQ for some epic brisket and beef ribs. Franklin's in Austin is supposed to be amazing, but always has a super long line. We were not willing to waste any of our time waiting in line so we were thrilled when we realized that Mueller is just 40 minutes outside of Austin and is consistently rated in the top ten by Texas Monthly.

And not quite in Houston but worth a small detour if you're driving in on the 290: Connie's frozen custard was a pretty delicious treat on a muggy day. Frozen custard is not a thing in California, so I get excited about it every time we travel.