April flew right by me. 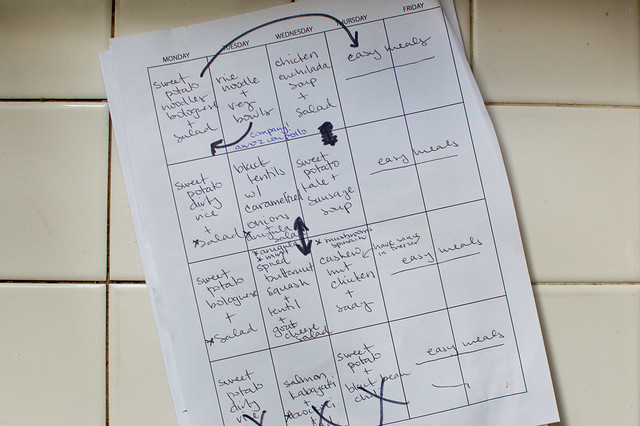 I completely fell off the wagon last week. Work was killing me, and I couldn't motivate to face the kitchen after really long, stressful days. I ended up not cooking at all. I can barely even remember what we ate. I think we had a salad on Monday and then quesadillas on Tuesday and then I skipped dinner altogether on Wednesday and D picked up takeout on Thursday and we went out with friends on Friday to celebrate the week finally being over. It isn't too big a deal in terms of wasted groceries because the salmon was already frozen, so I just left it in the freezer and then I stuck the andouille sausage in there as well so we can use it later. The other ingredients (bell peppers, broccoli, etc) will get used up in meals this week.

Edit - just realized that isn't true! I tried this new saag recipe and liked it way more than the previous one I tested. I 100% forgot to put any milk or cream in at the end and it was still delicious. I do hate having to haul out the blender for a side dish, but I might have to accept that it's just necessary for this.  I might still test out the Chowhound recipe though, just to see how it goes, because it doesn't require blending.
Posted by Rachel at 9:00 AM