About those lemon bars ...

I love lemon bars but I don't make them often enough to be loyal to a particular recipe. I've had a couple of flops where the lemon custard didn't set up well and I was left pretty disappointed, considering the number of wasted lemons, not to mention the butter.

This time around I went with an Ina Garten recipe and I think I can say it was foolproof and pretty delicious. The lemon custard is fairly firm, probably because it has a bit more flour in it than I'd expect. The shortbread crust is tender but sturdy enough not to fall apart too much. Maybe I've found my one and only? Although I still want to try the Smitten Kitchen whole lemon version. I was afraid to make it this time because I've had a couple of mixed results with the whole lemon tart and I knew I wouldn't have time to make a second batch if the first one failed.

Since these were for a baby shower I wanted them to look as profesh as possible. My lemon bars usually aren't pretty. It's hard to get clean edges or even sizes when you're cutting through a layer of custard. This time I decided I was going for it and tried to be really careful. 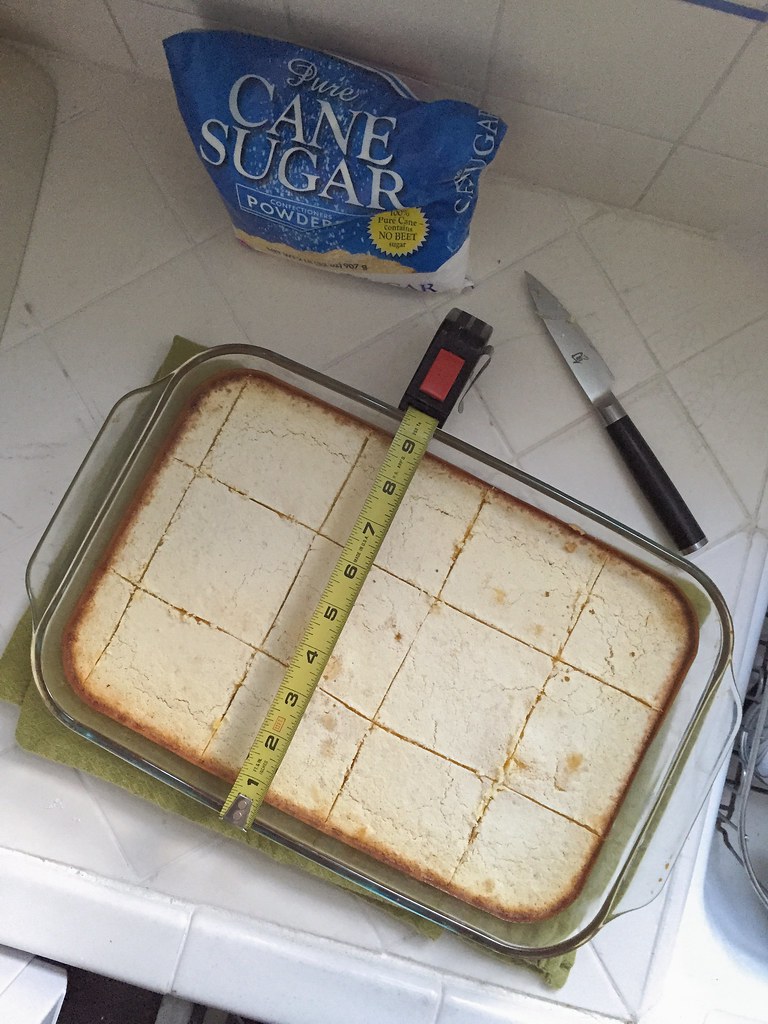 {lemon bar grid}
First I chilled the lemon bars overnight. The next morning I cut squares that were approximately 3 inches, with the help of the measuring tape. Then I made two diagonal cuts on each square to get four triangles. I ended up rejecting some of the edge pieces but everything else looked nice and even. You'll have to take my word for it because after I'd spent 40 minutes cutting up lemon bars it was kind of a frantic rush to get out the door on time.
Posted by Rachel at 6:28 AM