Our friends had a whisky and donuts party a few weeks ago and I now feel qualified to tell you this - Ms. Donuts in Echo Park has the best cinnamon sugar cake donut you can get in Southern California. It's been settled. Too bad (luckily?) it's nowhere near our apartment. Here's a partial shot of the carnage. There were even more donuts on this table a little bit later. 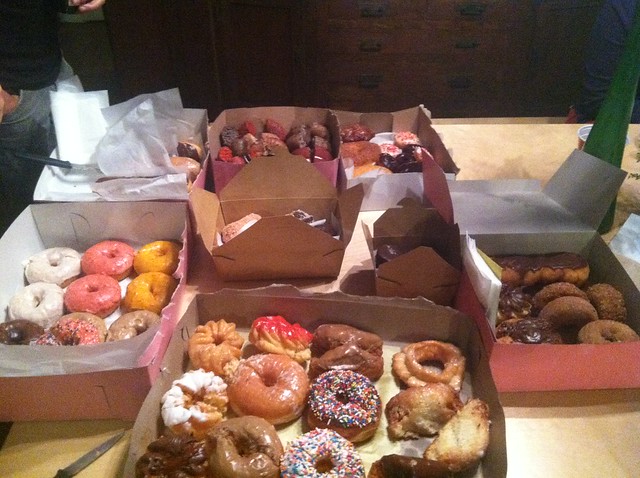 {donut party!}
We got our dozen from The Donuttery, which I'd never tried before. They have crazy flavors and they were conveniently located along our driving route that day, so those were the main selling points. The red velvet was a little much for me, but their apple crisp cake donut was good. I generally prefer classic donuts, though. 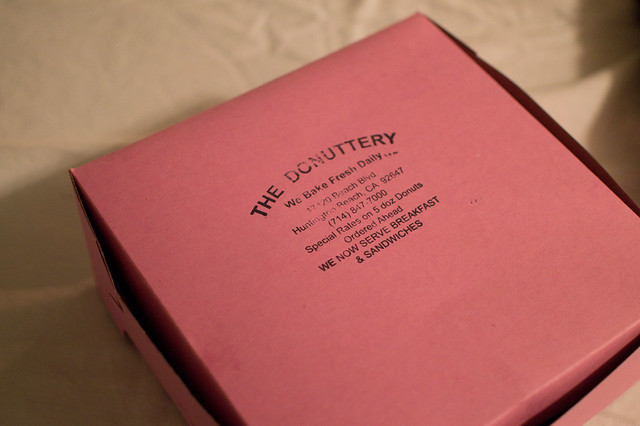 {the donuttery}
I had a donut hangover for two days, by the way. Totally worth it.

Also, under no circumstances should you ever dunk a donut in whisky. You're welcome.
Posted by Rachel at 5:50 AM