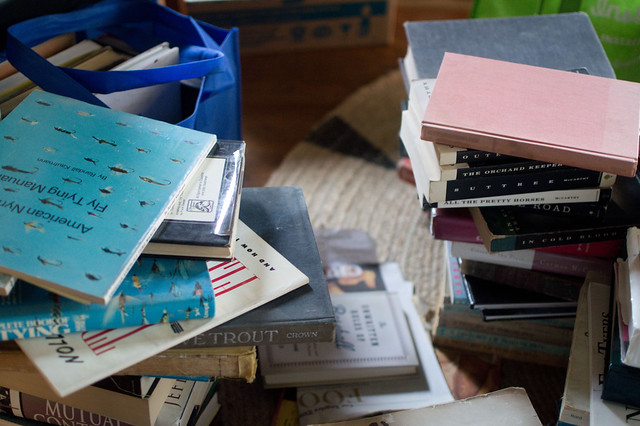 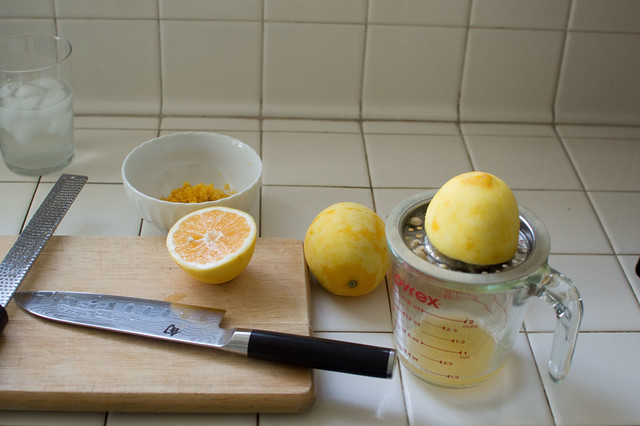 I've been sorting through the last of my dad's stuff and it's so bittersweet. We took care of his clothes and things right away, but I kept putting off his library. Nothing feels as personal to me as books and it's just so hard to make those choices. His cookbooks are particularly heartwrenching - I have to flip through each one and look at the stains and notations, and then sometimes grocery lists and recipes clipped from the newspaper fall out and suddenly I'm transported back to a particular week in his life. We both loved to cook and we would often have entire phone conversations about what we were making for dinner, so I remember talking to him about some of these recipes. It's so strange to be seeing them this way.

My dad had planted a Meyer lemon tree in his yard a few years before he died. He babied it and worried about it and waited (incredibly impatiently) for it to start bearing fruit, updating me almost weekly on the progress it was making. It had its first big crop just a few months before he was hospitalized for the last time, two years ago. That winter he had been sending us home with bags of lemons and was so thrilled when I used some of them to make the cupcakes for my sister's baby shower. We were all so excited to meet the baby, and so heartbroken when Dad died less than a month before she was born. This year my niece turned two and the week before we went up to Berkeley I picked some Meyer lemons from his tree and made those cupcakes for a belated birthday celebration. It felt like he was there too. It's funny, these threads that pull through your life, keeping you connected to the people you love even when they're gone.

My absolute favorite vanilla cupcake recipe is here, but I used the lemon curd recipe from here and I pair it with either a German buttercream (my personal preference) or a Swiss meringue buttercream (which I did this time because I needed to use up all the egg whites leftover after making the lemon curd).
Posted by Rachel at 6:40 AM