I am an equal opportunist cake lover. I love fancy high end cakes with organic ingredients, grocery store cakes with giant frosting roses, homely sheet pans filled with cake mix and canned frosting. They all have their merits. I don't play favorites, but I have to admit I was pret-ty thrilled when I got a birthday request for Funfetti cake. In terms of pure celebration, I'm not sure you can beat Funfetti.

I'll admit that I spent a hot second Googling to see if I could make a homemade version (you absolutely can!) but ultimately I decided that I wasn't going to risk ruining someone's 16th birthday for the sake of my own compulsions. Cake mix it was. 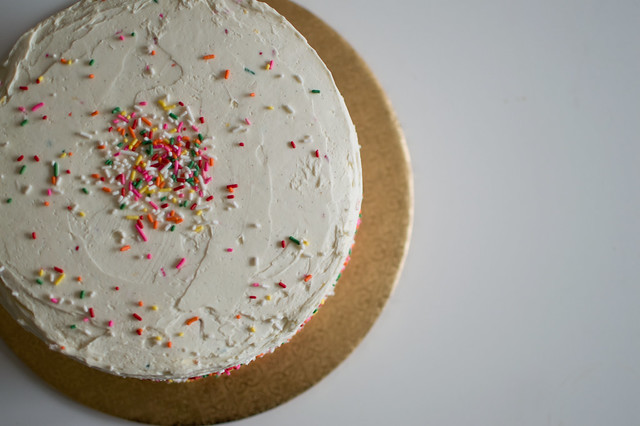 {funfetti}
I did, however, allow myself some room for interpretation on the frosting. 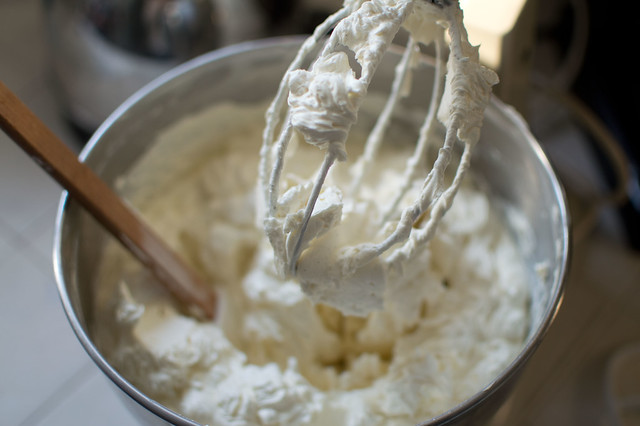 German buttercream starts with a pudding base and then you whip in plenty of butter, giving you a fluffy frosting with a texture similar to whipped cream and an almost ice cream like flavor. I used the recipe from BraveTart, my favorite place for professional dessert advice. As usual, she didn't let me down. This frosting was so, so good and it held up beautifully. One kid asked for seconds on the frosting. No cake. I mean, sure, maybe he's equally enthusiastic about Costco frosting but D is definitely not and even he kept nicking spoonfuls from the bowl. 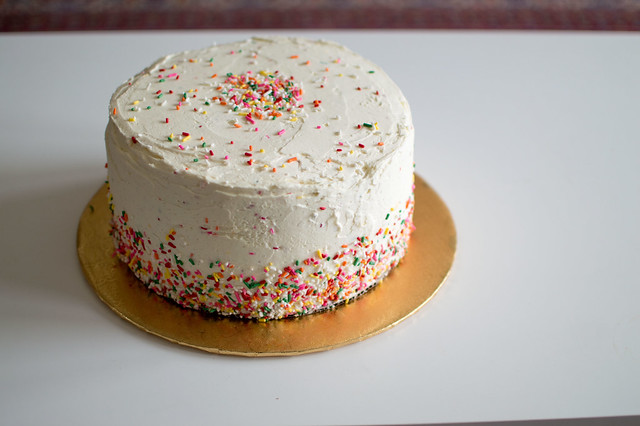 {funfetti}
As always, I started with a crumb coat and refrigerated till firm. Then I mixed a few handfuls of sprinkles into the remaining frosting (to simulate the Funfetti effect of canned frosting) and spackled on the outer coat with an offset spatula. To decorate, I just added a layer of sprinkles around the bottom edge of the cake and then a small burst in the center. Done and done.
Posted by Rachel at 6:35 AM