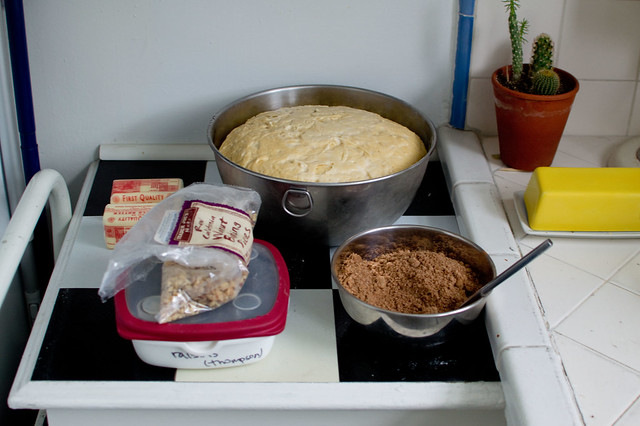 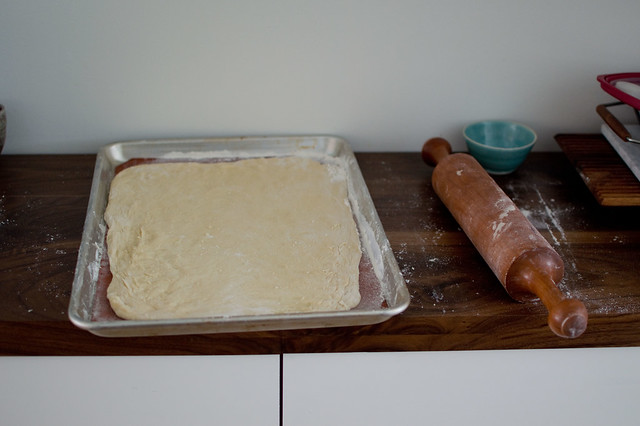 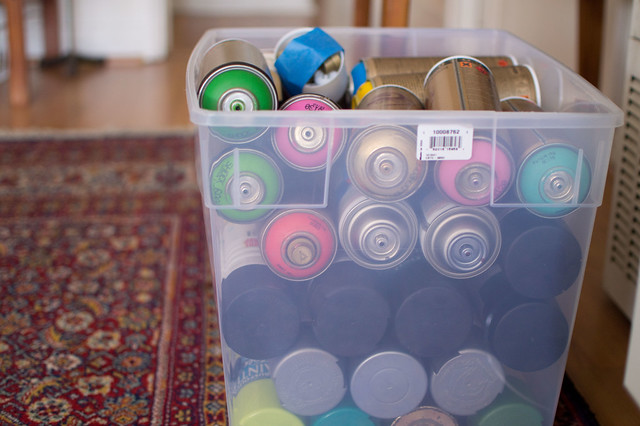 {paint options - we may have a problem} 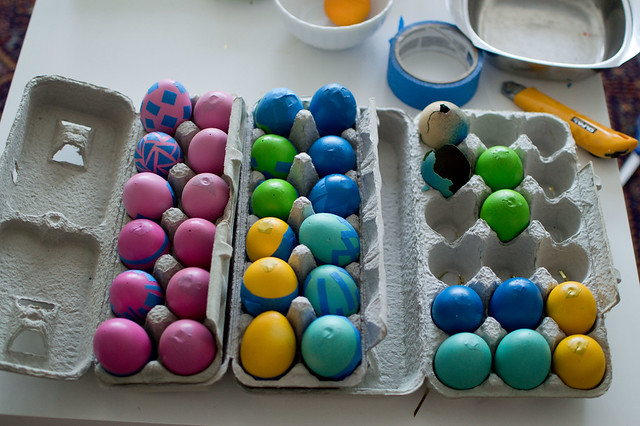 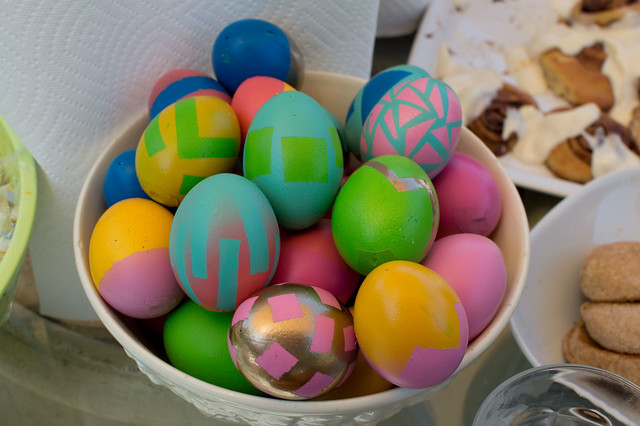 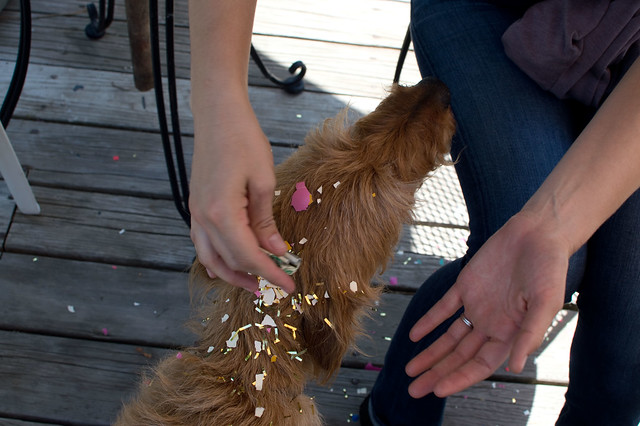 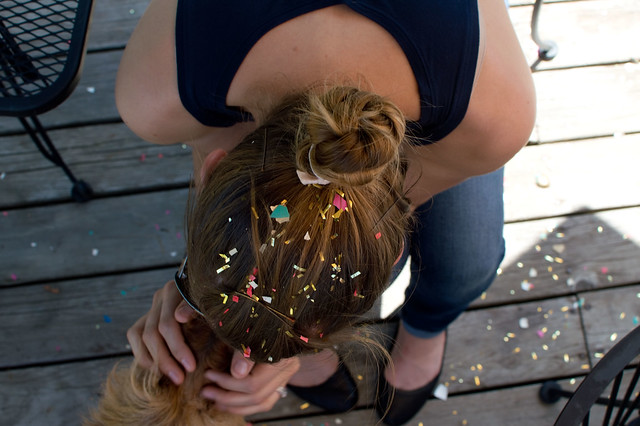 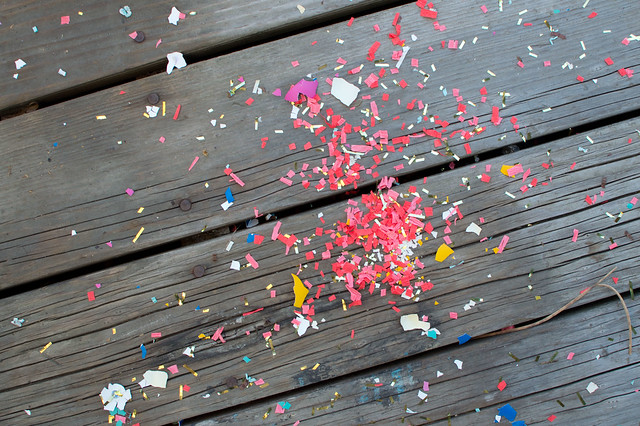 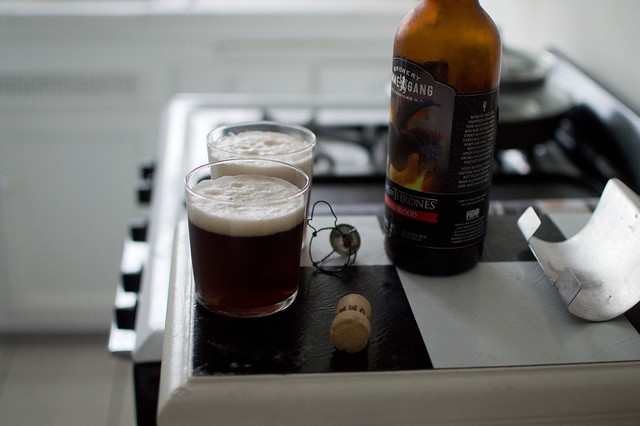 {ommegang}
I have no idea what I did wrong this year but my cinnamon rolls collapsed in the oven. Okay, I do have some theories. I was working with an overnight brioche dough and there are some transition issues with moving to overnight doughs (which don't rise as much) vs. early morning risers. The structural integrity, it just wasn't there. They still tasted pretty good, especially after I smothered them with cream cheese frosting.

D has been plotting the cascarones project since last year and it was totally his labor of love. I was in bed by 10 pm the night before Easter but he was up until the wee hours, taping off and spray painting eggs. They turned out gorgeous (and fun). We even let the dogs get in on the action but we confiscated their winnings. (Circe was on time out because of the dog juggling situation at my parents' house)

And naturally, we geeked out with the Game of Thrones special edition by Ommegang. They had it at Costco and there was no way we could have turned it down. It was pretty solid.
Posted by Rachel at 5:57 AM