This album isn't new but it is getting played constantly now that the weather has warmed up. 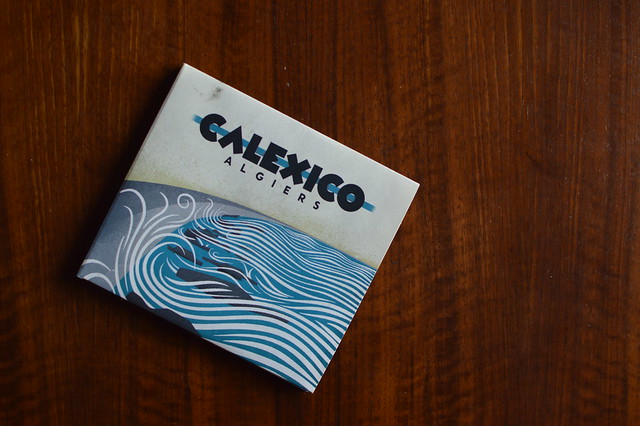 {algiers - calexico}
We were supposed to see Calexico back in October but the Santa Ana winds blew in and put paid to that by killing the power at the Fonda. Sad.

We have other Calexico albums but Algiers is just killer. Perfect for driving, perfect for hanging out around the house. It doesn't sound the same as Graceland (at all) but it fills a similar space, if that makes sense. Which is perfect because I burned out on Graceland sometime last year (I don't even like to talk about this - it's bizarre, since that album has been a standby for nearly my entire life and lately it irritates me. I think we just need some time apart). If you aren't sure you want to commit yet, it's available on Rdio.*

Try it in the evening, when it's dusk out and you're cooking dinner and having a drink. It will be perfect, I promise.


* D swears by Rdio but I haven't adjusted to it so I'm not a heavy user. But it is really nice when I hear a single and want to check and see if the album is worth purchasing. And yes, we still buy CDs around here. I can't quite go completely digital.
Posted by Rachel at 6:48 AM