My little garden has been going nuts. Look at this parsley harvest! 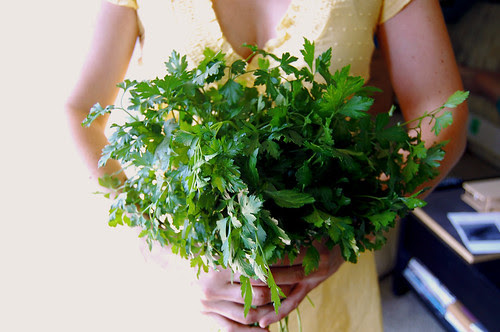 {parsley bouquet}
Tip: You prune parsley a little differently than you do basil. New growth sprouts from the inside of each bunch, so you should chop off stalks around the outer edges, and leave the new growth intact.

Lots of recipes use a little bit of parsley, but I needed something that would use up my bounty. Luckily, the Greeks love parsley. I picked out two different recipes, one completely uncooked and the other stewed. 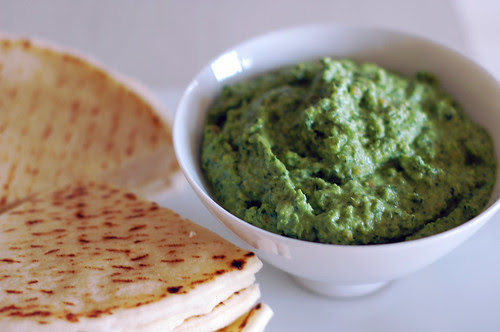 *This contains a raw egg, which means you run the risk of getting salmonella. Personally, I think it's a slim chance and I'm fine with it, but if you're pregnant or immune compromised, you might want to pass. 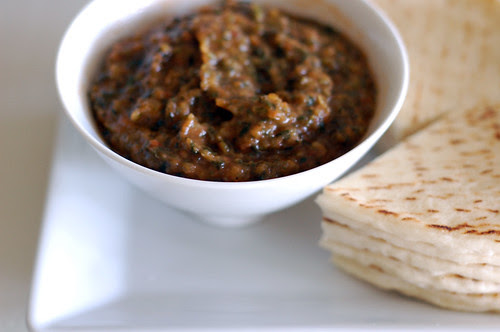 :: Heat olive oil in a wide, heavy pot and cook the onions over medium low heat until wilted and translucent, about 8 minutes. Add the parsley and toss to coat. Cook until wilted completely, about 7 minutes. Add tomatoes, season with salt and pepper. Simmer until most of the liquid is absorbed, about 20 minutes. (At this point, I poured it in the food processor and pulsed it a few times, for a slightly smoother texture).

We ate both of these with flatbread. They were so different, but both wonderful. The raw parsley dip has a sharp flavor with just a bit of heat. The stewed parsley dip is mellow and a bit sweet from the cooked onions and tomatoes. 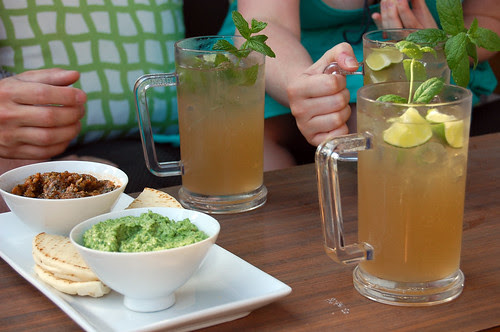 Very summery.
Posted by Rachel at 5:21 AM