Soooo .... I promised I would get some TJ's posts up and it turns out it's harder than I expected to get semi-decent photos of canned food. Andy Warhol, I am not. But I took some shots and was excited to start posting and then when I was uploading them I realized I am starting with the world's most boring category - beans. I mean, these are pantry staples in my house and I rely on them but I probably should have jumped in with some of the more exciting TJ's options (frozen meals! refrigerated dips! cookies!). But this is what I have and I'm tired of seeing product photos of swimsuits at the top of the blog, so maybe even beans would be an improvement?

Also, I'm on a super tight food budget for the next few months* which might put a damper on fun food spending, but I'll try to keep taking photos as I buy stuff and share it whenever I can. Worst case scenario, I can always resort to taking cell phone photos in the store. Ha. (But really - I could probably make that work if I had the portrait mode setting. I'm trying to make my phone last until the new iPhone is released but in the meantime I'm just jealous of everyone with the 7 plus)

Am I rambling to try to avoid posting really boring photos of canned beans? MAYBE. 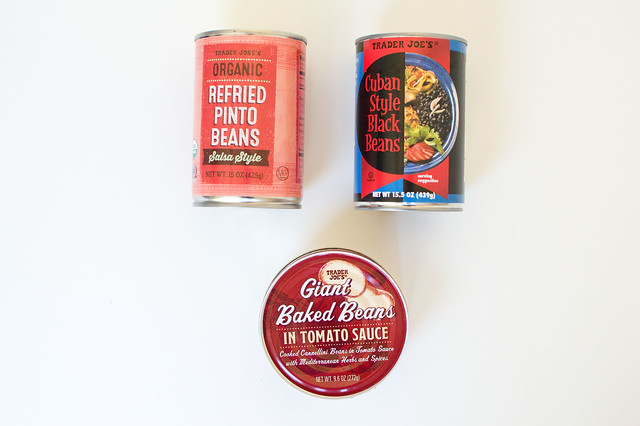 These are the three types of beans I always have on hand and they're the best for super quick meal options.

The salsa style refried pinto beans have been my favorite refried bean option for at least the last two decades. They're not that different than what you'd pick up at the regular store but they have a bit of heat and flavor that I love. There was a dark period back in 2006ish when they were temporarily unavailable for a year or two and I was afraid I'd never see them again. And then they reappeared, in an organic reincarnation! There isn't much to say about refried beans, honestly, but these make a great burrito and I'm not even ashamed to admit that if I'm feeling lazy I'll just eat them room temp with tortilla chips. $1.99/ can 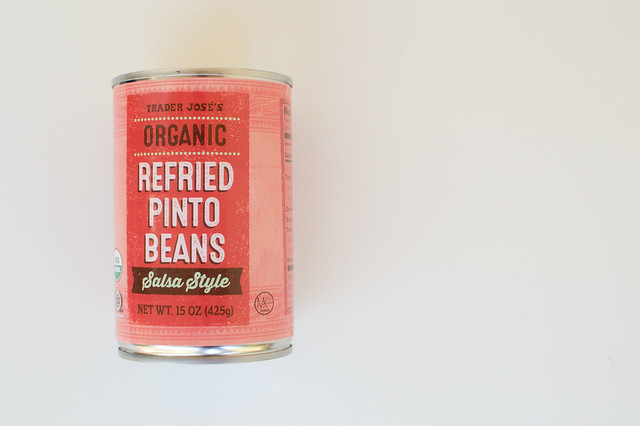 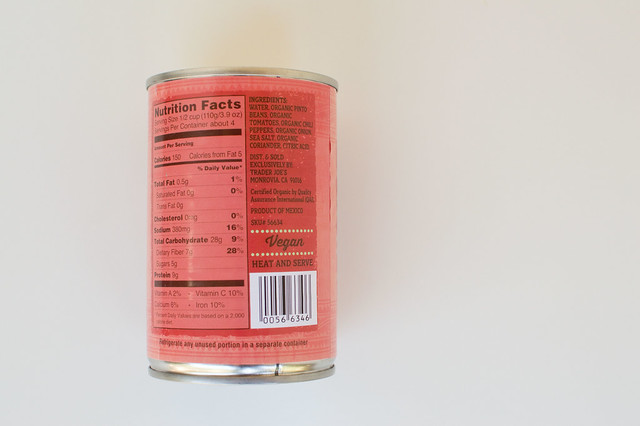 The Cuban style black beans are an amazing quick meal option. They're just regular black beans but jazzed up with some extra flavor. They make a great side dish, especially when paired with rice, but my favorite way to use them is to heat up a corn tortilla directly over the flame so it gets a little crispy, put some beans on it and then add a fried egg on top. Best served with salsa or hot sauce, sour cream is optional but delicious. They are in a bit of (flavorful) liquid which you can soak up with rice, but I'll drain them if I'm eating them on tortillas. $0.99/can 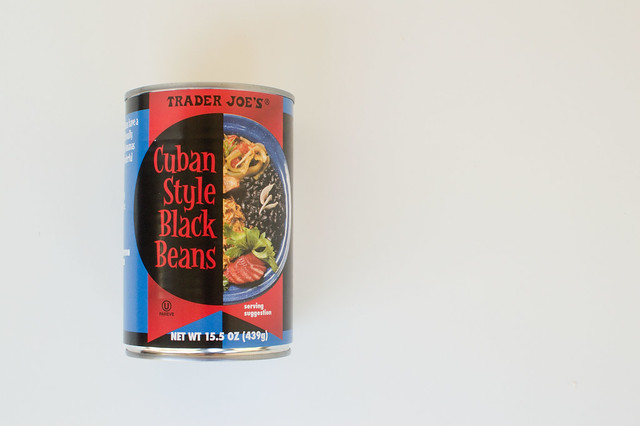 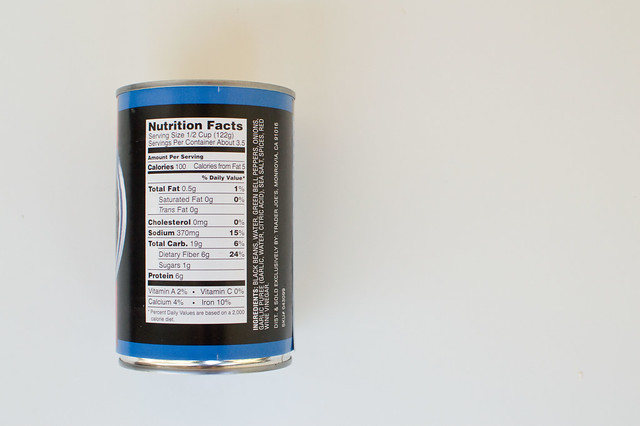 Gigantes are one of my very favorite Greek dishes so I was super excited when I saw them at Trader Joe's a few months back. They call them giant baked beans in tomato sauce (catchy, right?) and that's a fairly accurate description of what you're getting. I won't say it's exactly the same as the best homemade version, but they're really good. These are great hot or cold and they're perfect as part of a mezze spread with pita, hummus, olives, etc. I will sometimes just eat them straight out of the can and call it lunch. $1.99/can 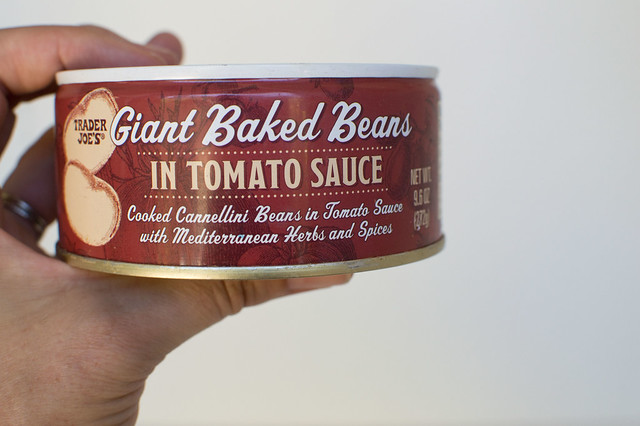 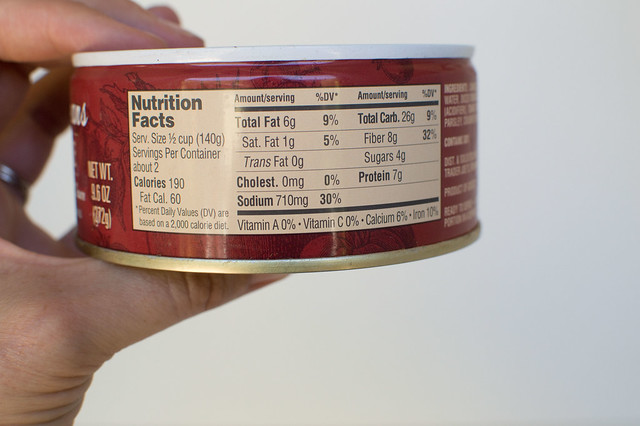 * I haven't been great about tracking our expenses since the holidays and when I finally sat down to do it I realized we've been majorly overspending on groceries since, oh, Thanksgiving. I decided to try to catch us up, but it means slashing our monthly grocery budget for the next four-ish months to make up the difference. I'm hoping that if I can keep us on a pretty tight weekly budget I'll still have enough left for a few fun grocery splurges during that time, but we'll see how bleak it gets around here.
Posted by Rachel at 11:00 AM