We are overrun with pomelos around here. 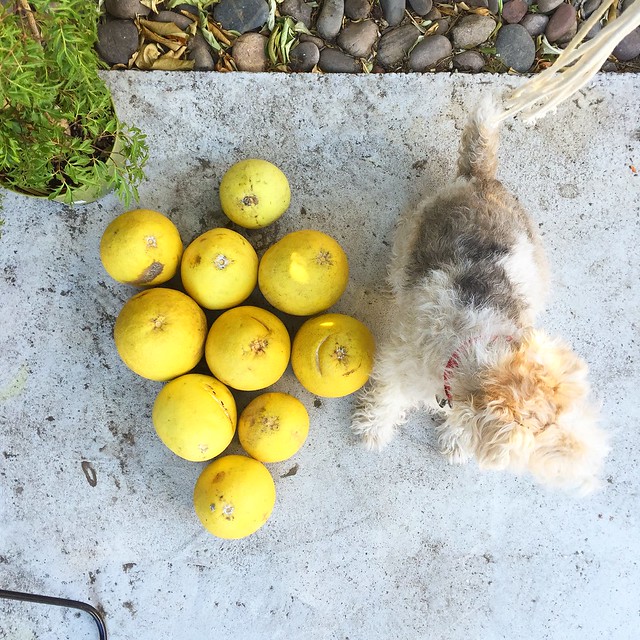 I tried to force Circe in there for a size comparison but it still isn't quite doing justice to the scale of these things. They are huge. I tried zesting one and realized that I couldn't do it alone because I needed both hands to hold it and therefore couldn't also hold the microplane.

Pomelos are closely related to grapefruit, but the flavor is a bit milder. You can easily eat them without any sugar at all, although they aren't as sweet as an orange.

A few weeks ago we were going to a party and I needed to bring something. I stumbled on this citrus salad with bitters and honey  recipe and we had everything we needed. Done. 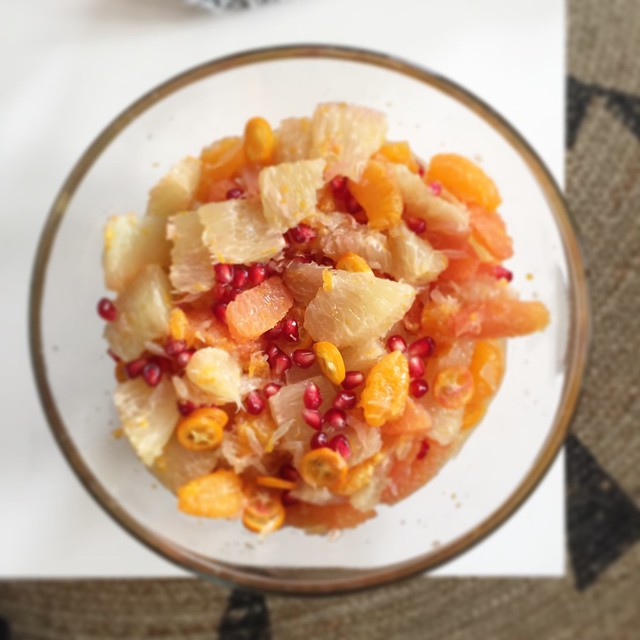 After spending over an hour supremeing all that citrus I was starting to regret my decision not to run to the store and pick up a bag of chips instead. But the end result was so good that I'd actually be willing to do it again, although probably on a smaller scale. I used pomelos, Cara Cara oranges, blood oranges and Satsumas (I tend to go nuts in the citrus stall at the farmer's market this time of year) and then added some sliced kumquats and pomegranate seeds for garnish. So, so good.

Regular fruit salad skeeves me out. I think it's the bananas (that inevitably turn brown) and the grapes, which I love on their own but hate mixed in with other things. But a pile of citrus is always a winner.
Posted by Rachel at 8:34 AM